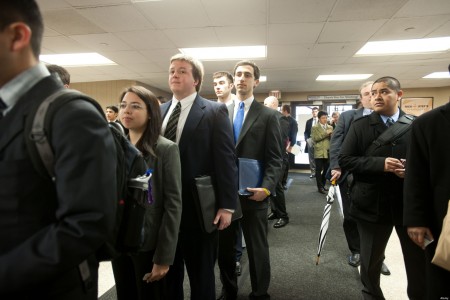 We have all heard the saying that “The Road to Hell is paved with good intentions.”  This saying could not be more true than when it comes to minimum wage.  Liberals determine whether a policy is “good” entirely on what it should do, rather than what it will do.  Liberal policy makers decide they want to raise the incomes of individuals (salaries), when they should seek to increase the spending power of individuals (which would happen from increased productivity and the lower costs that follows).

Increasing the minimum wage, which is intended to raise the living standards of millions of Americans holding unskilled and entry level positions, finds itself playing a much different role. Instead of making individuals more financially well off, minimum wage increases always lead to massive layoffs.  In fact, a study from Ball State University suggests that the recent minimum wage increases may have led to the elimination of 550,000 jobs.  This level of lost jobs makes an eloquent case for opening up the possibility that such wage levels should be reconsidered.

Part-time workers monitored by the Bureau of Labor Statistics (from 1999 to 2009) found that raising the minimum wage to its current high of $7.25 during this recession, contributed to many businesses reducing the number of jobs they have available through attrition or to eliminate them entirely, according to Michael J. Hicks of Ball State’s Center for Business and Economic Research (CBER).

The findings of the study did not end there:

The study goes on to make several “real world” recommendations:

In addition, there are several aggressive steps that could be taken on the minimum wage front.  The most important, in my opinion, is eliminating the current minimum wage entirely, but instead have the federal government mandate the states to have minimum wages of their own.  This would allow states like Michigan, Ohio, and other struggling states to be able to tackle their unemployment problem in creative ways that make sense to their particular circumstances.  For example, they could have a different minimum wage for cities with disproportionately high unemployment, in order to make them more competitive.

Surveys show that unemployment remains the most pressing issue facing voters today.  Our continued high unemployment puts us at a level we have not seen in a quarter of a century.  The American people are looking for Congress to take serious steps to eliminate the barriers between people and jobs.  Reforming minimum wage is an excellent place to start.