Do you still need to be convinced that government bureaucrats spend most of their time justifying their own existence? 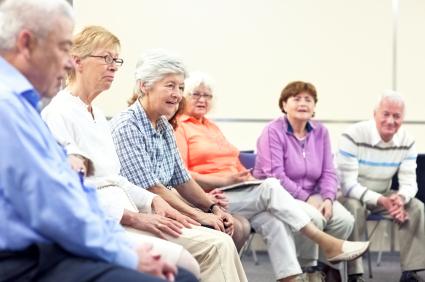 The U.S. Department of Agriculture – the department that oversees the National School Lunch Program – is now offering tips to grandparents about ways they can influence what their grandchildren eat.

“Grandkids are a grandparent’s greatest treasure.  From time to time during grandchildren’s young lives, grandparents may have the pleasure of being their caregiver.  Show them how to be healthy, including how to make healthy food choices – an important way grandparents show how much they love and care about their grandchildren,” writes Trish Britten, a nutritionist for the department.

“They mimic everything you do, so be a healthy role model by taking care of yourself and they will learn to value healthy habits. Use ChooseMyPlate.gov to guide your food choices and better understand the nutrition needs of young children in your life,” she writes.

So grandparents, quit reading this site and do what the feds are telling you: go to their site and learn from the government what your grandchildren should eat.

“Spend time walking in the neighborhood, planting a vegetable garden, or shooting a few hoops. Dance, run, and play hopscotch or soccer with them when they’re full of energy – it’s fun and healthy for both of you!”

Do we really need the government spending its time on such things? Don’t the bureaucrats have anything better to do, like figuring out ways to stimulate the private economy or lower the national debt?

Britten is so helpful, she even offers resources on breastfeeding for grandparents. Besides being a bit weird, is that even possible? Has anyone ever heard of a baby breastfeeding from its grandmother?

“Apparently the USDA thinks grandparents didn’t get it right the first time or they’re so old they’ve forgotten what they fed their own kids,” writes Abby Schachter of the Independent Women’s Forum.

“In reality, the answer is the problem. The Department of Agriculture has no business publishing books that proselytize for its version of nutritious eating, period. Not to mention that redesigning the old food pyramid was wasteful since it had already been updated in 2005,” she writes.