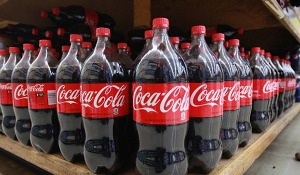 By Malcolm Out Loud, Contributor, US Daily Review.
Seems to me there are two types of people. One who understands what personal responsibility is all about, and the other who prefers to have government tell them how best to live their life and what decisions are in their best interest. Americans are slowly losing their liberties– it’s happening right in front of our very eyes and we don’t even recognize it. We live in an era of entitlements and government handouts that are designed to keep those in need dependent upon government services. Some people are comfortable with government telling them what to do, how to do it, and, possibly even how many ounces of a favorite soft drink to consume.
In the latest over reach in a long list of over reaches; New York City Mayor Michael Bloomberg wants to ban any soft drink over 16 ounces as he believes that banning the bubbles will combat obesity, diabetes, and other health problems plaguing the people of New York City. Restaurants that don’t fall in line will be slapped with a $200 fine. Comparing sugary soft drinks to asbestos, Bloomberg argued that the government has a responsibility to regulate how New Yorkers quench their thirst. Obesity is a choice. Maybe not a good choice, nonetheless, it’s still a choice.
Quite possibly Mayor Bloomberg is bored and simply wanted to test the citizens of New York to see if they’re paying attention. Perhaps he has something bigger on his agenda he wants to push through – like banning italian restaurants in the city or limiting the size of each portion so people don’t eat too much pasta. To avoid costly and dangerous DUI’s, he might demand every restaurant and bar place a breathalyzer at the table so when anyone orders a cocktail, beer or glass of wine, they would be required by law to blow or not be served. Or, it could be that he intends to have ‘No Drive Fridays’, prohibiting automobile use in the city to save on gasoline consumption.
Some would argue that banning smoking in public places is a violation of their rights. However, when your habit impacts other peoples health or well-being, then it becomes another story. It’s no longer just about your personal freedoms, but encroaching on others rights to safety and health.
Regulating helmet usage if you drive a motorcycle has always been a controversial issue. Are you safer if you wear one? Maybe so, but what if you don’t want to? Wearing a seat belt in most states is no longer a choice. Studies prove time and again that seat belts save lives, although some would argue that point. I know a police sergeant that has seen many deaths attributed to people wearing seat belts who couldn’t get out of the car in time after a fiery crash. That officer refused to wear a seat belt himself. Should that be a personal choice or regulated by government and enforced by penalty?
Mandatory health insurance has been all the rage with the Obama administration. Obamacare has been one of the most controversial pieces of legislation in the history of the U.S. The unconstitutionality of the individual mandate is at the center of the argument. No one denies that having health insurance is good, but is the requirement to purchase it because you’re living and breathing a violation of your personal freedom?

The personal decisions we make in our lives are our decisions to make, good or bad, healthy or not, we live with the consequences. Our freedoms are being eviscerated one at a time. How much government is too much government? Where does commonsense fit into the equation?

If you choose to drink a 24 oz. fountain drink, then so be it. If you add cinnamon bonbons and deep-dish pizza and a plate full of pasta to the equation, it’s your choice. If you smoke three packs of cigarettes a day, you can do it – just not in a public setting where you can impact someone else’s health. Wearing a helmet while riding on a motorcycle should be a choice. Smoking a joint should also be a choice. Drinking wine, beer or a cocktail is a personal decision as long as you don’t get behind a car and kill someone.

Some of these choices may not be the wisest decisions, but they are still individual choices which do not need to be dictated by “big brother”. And the burden to society? Let the health insurance company charge more for health insurance. Let the automobile insurance company charge more for reckless driving records. Risky behavior which leads to an early death can not be regulated. For those of us without the commonsense to protect the body and mind, the price for indulgence and the consequence of foolishness will be paid.

About Malcolm Out Loud:  Social and political news commentator Malcolm Out Loud is also the host of WebTV show Malcolm Out Loud TV, an acclaimed motivational speaker, founder of Brink Thinking and the author of the book Smash The Competition.
More about him at www.MalcolmOutLoud.TV