Generation Opportunity today unveiled yet another powerful social media platform, the Facebook page “Keep Texas Awesome,” with over 140,000 fans. The page provides a forum for young Texans and friends of Texas to discuss issues that matter to them such as the future of America, jobs, economic opportunity, and the things they believe make the Lone Star State a great place to live, work, and do business. 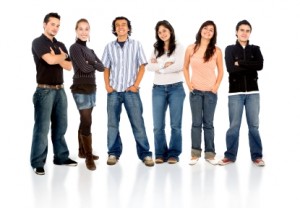 “Texas has a proud and time honored tradition of independence and business leadership that is fully embraced by young adults and friends of Texas across the country and around the globe. As young Americans continue to suffer the consequences of President Obama’s failed economic policies, including high unemployment and the overall lack of economic opportunities, states like Texas demonstrate how policies friendly to innovators and both large and small businesses lead to greater opportunity for everyone. Young Americans, including those in Texas, respect those with the courage to take risks and start businesses, and they understand that freeing them to do what they do best, create jobs and grow their businesses, benefits all people,” said Paul T. Conway, president of Generation Opportunity and a former Chief of Staff for the United States Department of Labor in the George W. Bush administration.

Young Americans agree that freeing businesses is the key to job creation and more economic opportunity. According to a 2011 poll commissioned by Generation Opportunity, 59 percent of young adults believe the economy grows best when people are allowed to create businesses without government interference. In the same poll, 53 percent of 18-29 year olds believe lowering business taxes increases hiring. Also, a full 69 percent of young Americans prefer reducing federal spending over raising personal taxes to balance the budget.

Forbes reported last year that the Lone Star State had added 1.2 million jobs since 2001, while the United States as a whole lost 1.1 million jobs during the same time period. Texas is expected to continue to lead the way in job creation for the next few years according to Moody’s Analytics, who forecasts 2.9% annual employment expansion through 2015. Low taxes, less regulations, and an aversion to government interference have allowed Texas entrepreneurs and business owners to increase hiring despite a stalled economic recovery on the national level.

Generation Opportunity educates and organizes young Americans across the nation to help them make an even greater impact on issues affecting the nation and their communities through a combined strategy of social media and grassroots tactics. The “Keep Texas Awesome” page now brings the overall total number of Facebook fans with whom Generation Opportunity communicates to over 3.4 million, a number that includes fans of its popular Facebook pages “Being American by GO,” “The Constitution by GO,” and “Gas Prices Are Too Damn High.”

The organization’s grassroots field team has been working across the country to organize and activate young adults seeking greater economic opportunity and access to meaningful, full-time jobs in their chosen career paths. Generation Opportunity has been organizing young adults attending community colleges and universities, those who work in the trades and professions, young entrepreneurs, construction workers, veterans, and young parents who are concerned about the poor economy and the lack of jobs.

Generation Opportunity has already visited and listened to the concerns of young adults attending Texas A&M University, Southern Methodist University, the University of Texas, as well as young people living in the surrounding communities. The organization also engaged young adults in Austin at South by Southwest (SXSW) and attended community events in Dallas.