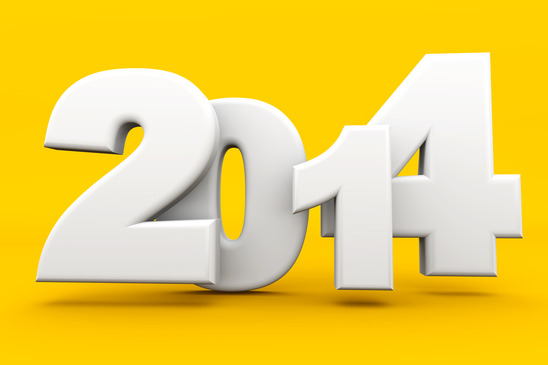 As 2014 begins, Mintel’s Consumer Trends Analysts Jennifer Zegler and Stacy Glasgow outline the four trends set to impact the American consumer market, examining the areas of commercial opportunity for brands – and what consumers will be buying into in 2014.

Below are brief quotes about each trend. Download the complete Mintel 2014 US consumer trends at www.mintel.com/us2014or phone the Mintel press line.

Internationalism on the agenda

“In 2013, from the arrival of the UK’s royal baby to the passing of former South African President Nelson Mandela, whether to share joy or to remember, the global community has become close-knit. The immediacy provided by technology heightens connections. People use social media and other innovations to eliminate geographic limits. This year, sporting events, including the Sochi 2014 Winter Olympics and the 2014 FIFA World Cup Brazil, will spotlight the host countries. This interest in ‘internationalism’ is already influencing shopping habits; Mintel finds 67% of legal US spirits drinkers are interested in trying alcoholic drinks from other countries including Brazilian cachaca, a sugar-cane-based liquor,” says Jennifer Zegler, consumer trends analyst at Mintel.

“The proliferation of technology makes it possible to instantly search an athlete or country while sporting events also provide an opportunity to create new allegiances. Today, more than half (57%) of professional sports fans say they are loyal to a team that is not near where they live, and long-distance cheering is eased by advancements in technology,” Jennifer continues.

“Smart watches and Google Glass mean people can access apps without so much as touching a smartphone and instant gratification will continue to drive consumers in 2014. There is a perpetuated cycle where consumers want faster solutions, resulting in technology to answers – only to lead to a demand for even faster solutions. In the coming year, wearable and more accessible technology will provide solutions to problems consumers weren’t even aware of having,” says Stacy Glasgow, consumer trends analyst at Mintel.

“Busy Americans are seeking tools to save time; for example, around half (49%) of US consumers who use nutritional food and drinks do so because they are easy to consume on the go. Furthermore, 24% of adult drivers say they would be interested in a car that is capable of driving itself in some circumstances and 40% agree that ‘having a smartphone allows me to multitask while having fun during my leisure time’,” Stacy continues.

“In reaction to concerns resulting from hyper-connectivity, in 2014 consumers will become exceedingly cognizant of the need to unplug and to reconnect with the physical world. As America sees increased discussion around the value of wearable and ubiquitous technology, we will in tandem see increased discussion around data privacy. As digitalization becomes more pervasive, it will foster a growing culture of impatience, over-sharing, and of privacy concerns – leading to a demand for more balance between living online and ‘real world’ experiences,” says Stacy.

“The lingering fallout of the NSA scandal means that privacy concerns are paramount for all consumers. Today, 44% of US consumers are concerned that social networking sites display too much information about them; 81% are wary of using their mobile phone as a payment device because they worry about the security of their personal information,” Stacy continues.

“Skittish Americans have adopted an ongoing emotional state of ‘prepar-nation,’ in which they are focused on anticipating and preparing for both the major and the minor events that could interrupt their status quo. Most people have not forgotten the 2008 global financial crisis, causing them to be more mindful of the state of their finances. 72% of US adults claim ‘I don’t like the idea of being in debt.’ Likewise, half of adults say making sure they do not fall behind on bills or other financial commitments is very important to them in the coming year. Indeed, the country’s debt ceiling crisis in October 2013, which caused a 16-day partial government shutdown, reminded Americans of the frailty of the economy,” says Jennifer.

“Moving into 2014, retirement and healthcare remain key concerns, especially for some 59% of adults who are not retired, but say they are worried about how they will live when they get older. Furthermore, 43% of American adults agree that healthcare costs will have a negative impact on their ability to retire. Four in 10 (41%) adults agree the reform is primarily a positive thing for the country, while 48% say the act will increase their health insurance costs,” Jennifer continues.