By FAIR, Special for USDR 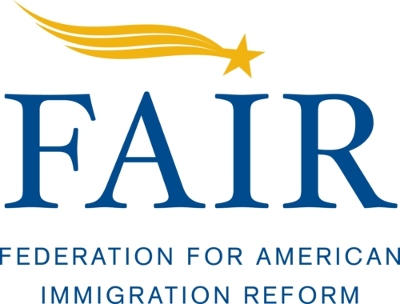 The following statement was issued by Dan Stein, president of theFederation for American Immigration Reform (FAIR), regarding President Obama's nomination of Jeh Johnson as Secretary of Homeland Security:

“President Obama's nomination of Jeh Johnson as Secretary of Homeland Security (DHS) provides no re-assurance to the American people that the government will enforce our immigration laws. That lack of confidence must halt any consideration of immigration legislation in the House of Representatives.

“There is no mistaking the signals the president has sent to the American people over the past 24 hours. President Obama has called on the House to pass 'comprehensive' immigration reform, yet nominated an individual to head DHS who has zero immigration experience. Thus, it is clear the president wants the amnesty portion of such a bill, but has little or no intention of prioritizing any enforcement measures that might be contained in it.

“Furthermore, if Congress did pass amnesty legislation, Mr. Johnson would be immediately thrust into a position of administering the most sweeping changes to immigration law in our nation's history. Given Johnson's lack of experience in our immigration system, why would Americans have reason to believe that Homeland Security would be any more successful in implementing an amnesty program than Health and Human Services has been in implementing Obamacare? The consequences of error make the task too important for on-the-job training.

“The career professionals who work for U.S. Citizenship and Immigration Services (USCIS) and Immigration and Customs Enforcement (ICE) have repeatedly stated that those agencies are already pressured to approve applications without proper screening. They have also stated that they are not equipped to implement the amnesty and immigration increases supported by President Obama. Therefore, it is imperative that the new secretary of Homeland Security meet with the men and women who enforce and administer our immigration policies and address their concerns before Congress considers any amnesty legislation.

“Unlike his predecessor, we hope that he will place the duties and responsibilities of his office ahead of the political priorities of the administration he serves.”