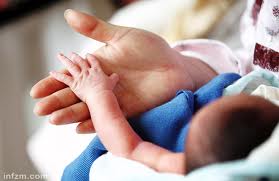 As I have listened to the debate in Texas over the proposal to prohibit abortion after 20 weeks of pregnancy, I can’t help but think of my youngest grandson, who was born last summer at 28 weeks and weighing 2 lbs 5 oz.

Twenty-four hours after his birth, I stood in the neo-natal intensive care unit holding his hand and talking to him.  His responses were quite human even though his little feet were only the size of my thumb, and he held my finger tightly.  It was obvious that the sound of my voice and touch were having a positive effect.  To think that in most places a child could be simply killed for convenience – and my grandson was a child, not a lifeless mass of cells – boggles my mind.

Some say the “abortion battle” has been fought and lost, that we will never stop the killing of the unborn in America.  I disagree.   The people of America respect individual choices and liberties, and we should.  But the freedom to make personal choices goes away when the safety and lives of others are imperiled or brutally taken.  That, in fact, is the basis of all laws and, in fact, ancient law – all the way back to the 10 Commandments.  We simply do not have the right to injure, maim or kill other people – unless we’re talking about the unborn.

Mary Landrieu calls herself pro-life “with exceptions.”  Mary Landrieu has masterfully moderated her votes and her messages every time an election draws near, but no one knows what she really believes – or do we? It is very troubling when you have a candidate running for reelection attempting to position herself as a pro-life advocate. The reality that stands before us is the fact that Planned Parenthood is currently building a multimillion dollar abortion clinic in the vicinity of underprivileged neighborhoods in New Orleans.  Where is “pro-life” Mary Landrieu?

The Louisiana Right to Life Federation gives Mary only a 35 percent score during her 17 years in the United States Senate.  She also voted in favor of a Senate resolution expressing Congress support for Roe v Wade, the Supreme Court decision that made abortion legal.  That resolution specifies that the SCOTUS decision in that case was “appropriate” and “secures an important constitutional right” and that it “should not be overturned.”

Without life we have no liberty.  Without life, we have no pursuit of happiness.  Life is the most basic natural and right, from which all other rights our country’s founding ideas are drawn.  The Founders used these rights as the absolute basis for our Declaration of Independence and the Constitution. Each of us not only has the right to life, but a responsibility to protect it, especially for those that can’t protect themselves.  Natural rights AND responsibilities are why we Americans exist, and we must all fight to protect them every day.

Rob Maness a retired Air Force colonel, is a true constitutional conservative, he was a commander in operations Enduring Freedom and Iraqi Freedom. He also, directly assisted the United States national security team in creating, synchronizing, and executing the campaign plan for the global war on terrorism.  His combat decorations include the Bronze Star and Air Medal. He currently works in the utility industry as a director and resides in Madisonville, Louisiana. Active in the community ,a founding Board member at NOLA Patriots, Inc.  Attended night school at the University of Tampa and holds Masters degrees from Harvard University’s Kennedy School, the Air Command and Staff College, and the US College of Naval Warfare.