British men are embracing their metrosexual side and packing hair dryers, straighteners and even opting for pre-holiday spray-tans, according to new research from comparison website Money Supermarket.

The research has revealed that a quarter of British men* (23 per cent) are now hitting the gym in advance of their summer holiday to get a ‘beach-body’, whilst a further one in five (19 per cent) are going on diets to try and achieve that washboard-stomach. 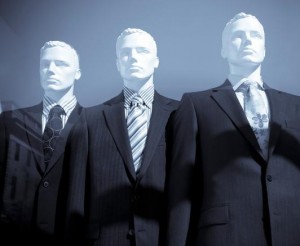 One factor in this rise in “Met-Setters” (metrosexual jetsetters) could be the effect of popular television series The Only Way Is Essex (TOWIE), featuring plucked and preened charmers such as Mark Wright and Joey Essex. Mark can currently be seen topless, tanned and strutting his stuff across various West-Coast US beach locations in his new show ‘Mark Wright‘s Hollywood Nights‘ currently on ITV2. And it would seem Brits are keen to imitate Mark in more ways than one – MoneySupermarket’s sister website TravelSupermarket.com has seen flight searches to Los Angeles increase by 33 per cent since the show aired on Sunday night**.

The new crop of Met-Setters appear to want that bronzed look the minute they step on the beach, with four per cent of UK men admitting to visiting a tanning salon or opting for a spray-tan pre-holiday.

With the body and the tan sorted, getting the hairstyle right is next on many men’s priorities, with one in ten (ten per cent) taking their hair dryer with them on holiday and one in 20 (five per cent) unable to go away without their hair straighteners.

MoneySupermarket‘s travel expert Bob Atkinson says: “It appears that British men can’t live without their hair dryers and even straighteners on holiday and feel the need to look their best – even on the beach. There’s nothing wrong with trying to shed a few pounds pre-holiday, but Brits shouldn’t feel intimidated and think that everyone will expect them to have a body like Mark Wright – truth be told we’re more likely to see beer bellies than six packs on the sand!”

To see more interesting and fun facts from the survey why not take a look at this video infographic ‘Brits Abroad: Men vs Women’ which details how men and women differ when planning their holidays and travelling abroad.