Through its “Uniform of Success” event, Jos. A. Bank Clothiers, Inc. has joined with the Gary Sinise Foundation to give suits to thousands of military veterans as they re-enter the civilian workforce.

Anyone who purchases a men’s suit from July 1-7 gets an additional two free suits. Jos. A. Bank will then donate a suit to a returning veteran through the Gary Sinise Foundation. The promotion’s tag line will be BUY 1-GET2-GIVE 1.

“We are humbled by the sacrifice our veterans make every day for our country,” said R. Neal Black, CEO of Jos. A. Bank. “For over 100 years, our customers have relied on us to dress them for success, and we want to make returning veterans the very best-dressed job candidates.”

Many veterans experience a difficult transition from military to civilian life, especially finding a job.  The challenge is greatest for young, male troops returning from active duty, which had a 20 percent unemployment rate in 2012.

An advocate of meeting that challenge is award-winning actor Gary Sinise. He formed the Gary Sinise Foundation to create programs that serve and honor Americans in the military. Sinise also formed the Lt. Dan Band as a homage to the role he played in “Forrest Gump” as disabled veteran Lt. Dan Taylor. The group tours the world performing concerts for the military and their families on behalf of the Gary Sinise Foundation and the USO. Sinise received the Presidential Citizens Award for his humanitarian efforts on behalf of the USO and the foundation.

“Uniform of Success” complements the foundation’s partnership with GE for “Get Skills to Work.” The program accelerates skills training for U.S. military veterans, helps veterans and employers translate military skills to advanced manufacturing jobs, and empowers employers with tools to recruit and mentor veterans. 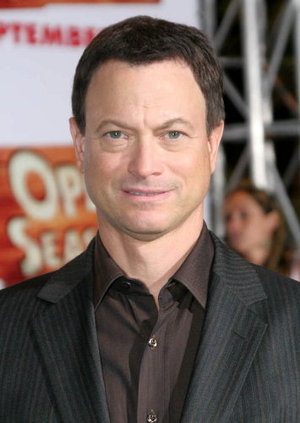 “For the past several years I’ve been on a mission to boost the morale of our troops,” said Sinise. “Being able to look sharp and dress nicely can raise the self-esteem and confidence of these veterans.

Having a great suit to put on for a job interview can be a very special thing for somebody who’s spent a lot of time in a military uniform, and may not have worn one for a long time.”

Customers who purchase a regular-priced suit (excluding Traveler and Classic Collection merchandise) at a Jos. A. Bank full-line store or online at www.josbank.com will receive two additional suits of equal or lesser value free. For each suit purchased, the Gary Sinise Foundation will receive a voucher from Jos. A. Bank for distribution to a U.S. military veteran identified by the foundation as returning to the civilian workforce. The veteran may redeem the voucher at any Jos. A. Bank full-line store for a free suit from the Jos. A. Bank “Executive Collection” (retail value of $650).

JoS. A. Bank Clothiers, Inc., established in 1905, is one of the nation’s leading designers, manufacturers and retailers of men’s classically-styled tailored and casual clothing, sportswear, footwear and accessories. The Company sells its full product line through 606 stores in 44 states and the District of Columbia, a nationwide catalog and an e-commerce website that can be accessed at www.josbank.com. The Company is headquartered in Hampstead, Md., and its common stock is listed on the NASDAQ Global Select Market under the symbol “JOSB.”

The Gary Sinise Foundation serves the nation by honoring its defenders, veterans, first responders, their families and those in need by creating and supporting unique programs such as Building for America’s Bravest, Gary Sinise Foundation Relief & Resiliency Outreach, Invincible Spirit Festivals, Serving Heroes and Arts & Entertainment Outreach which are designed to entertain, educate, inspire, strengthen and build communities. For more information, please visitwww.GarySiniseFoundation.org.