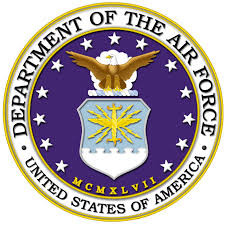 search Council (FRC) President Tony Perkins expressed serious concerns today after learning that the Air Force had censored a chaplain’s inspirational website post, entitled “No Atheists in Foxholes: Chaplains Gave it All in World War II.” The phrase, which President Eisenhower made famous in 1954, dates back to the Japanese attack at Corregidor during World War II.

“If President Eisenhower were alive today, the five-star general may be shocked to know that his own speeches are too offensive to be quoted in the military he used to command,” said Perkins.

“Just when Americans thought they’d heard it all, an Alaskan military chaplain is being taken to task for fulfilling the job description that most spiritual leaders (until recently) were hired to do: talk about faith.

“Now anti-Christian activists are demanding that the chaplain be punished – but for what? Chaplain Reyes was simply doing his job and engaging in constitutionally-protected speech. Like it or not, a chaplain’s duties, by definition, are to offer prayer, spiritual guidance, and religious instruction. There is certainly no possible justification for disciplining him. Whether the Air Force punishes Reyes or not, the damage has already been done. We have already heard from service members who tell us that this escalation of religious hostility, which is clearly most severe within the Air Force, is having a powerful chilling effect.

“Thankfully, help is on the way for our nation’s soldiers, sailors, airmen and Marines. We are encouraged that Congress is on the verge of approving Rep. John Fleming’s (R-LA) military religious freedom amendment to the National Defense Authorization Act,” concluded Perkins.

Earlier this month, Family Research Council (FRC), a coalition of groups concerned about religious liberty, and Members of Congress released a new report documenting incidents of hostility toward religious expression in the military. Additionally the coalition launched a new website, www.militaryfreedom.org, to support the religious liberties of America’s men and women in uniform. The website also provides the opportunity for service members to report religious liberty violations.