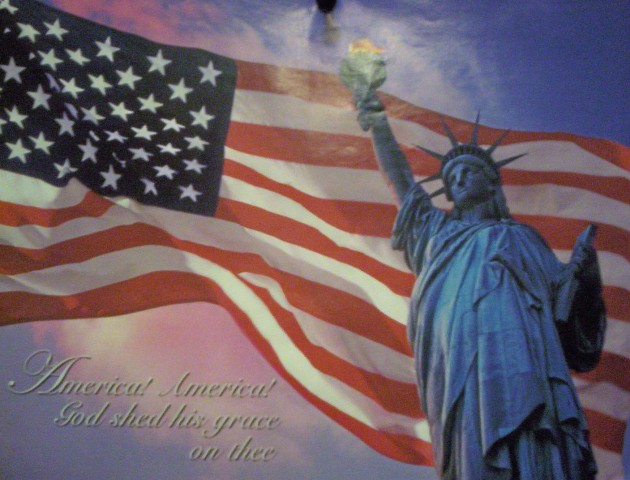 America’s 238th birthday is coming up this week. When we began as the great American Experiment many thought we would fail. In fact, many leaders of nations hoped fervently we would fail so they could carve up our beautiful nation among themselves. But the Founding Fathers didn’t randomly hash a republic form of government out of thin air. They knew precisely what they wanted, but a great deal of study and research went into it, not to mention a great deal of debate and personal knowledge. With this strong foundation of a representational government, a new nation was birthed and the grand experiment in freedom began.

Fast forward to 2014 and the question of American exceptionalism arises over and over. Our public school students are taught to be ashamed of America. They are taught that there is nothing special about America. They are also taught that in order to find good, they must look outside this nation for the answers. They are being taught to fail, and they are being taught to expect nothing more than the status quo. This is one of America’s greatest shames in this modern era.

My father was born and raised in Amsterdam, Holland. When he turned 19, he emigrated to America and within a month was fluent in English. He filed, the second he was eligible, to become an American citizen. He loved America so much and his entire life is a testament to the greatness of this nation. My father was an airplane mechanic, a grocery store owner, an insurance agent, a carpet store owner, and a janitorial service owner. Then he retired. Eight weeks hadn’t passed before he decided retirement was boring. He bought a bucket, some window cleaner and a squeegee and turned those three things into an incredibly viable business.

In the meantime, my mother worked their small farm. Her family came to America in the mid 1500’s and her heritage as an American is strong. She tended her garden and orchard, milked the goats, fed the chickens and collected the eggs. With that bounty, she made yogurt, butter, cheese, and bread. And every Saturday morning, my father would take it down to the farmers market and sell their wares.

One such Saturday morning brought a couple from Holland. My father was very excited to speak with them and to practice his rusty Dutch. They asked him what he was doing so he gave them a brief sketch of all he’d done and explained that he was now cleaning windows. My father was 68 years old. They marveled at his life and then told him, in Holland, at his age, he would never have been allowed to start a window cleaning business. And my father replied, “That’s why I’m an American.”

We are privileged to exercise freedom, liberty and self-responsibility. We are privileged to work hard and then retire, if we so choose. Or, we are privileged to work until the day we drop, if that’s what makes us happy. My father worked until eight weeks before Signet Ring Cell Carcinoma took him from us. And to his dying day, he expressed how deeply he loved America and how grateful he was he came here. That, my friends, is the American Dream. I watched it unfold right before my eyes. I traveled with my father from school to school as he explained to the children what growing up in Europe during WWII was like. I enjoyed countless hours of speaking with him, learning from him, and this fierce flame of freedom and liberty that burns in my heat was lit by Fritz Hendrik Sluyter.

Oh yes, American Exceptionalism is still alive and well. Yes, the federal government is doing it’s best to extinguish it, but it is a spark that is within us when we are born. It cannot be extinguished unless we do it ourselves. We are a nation of dreamers, of believers, and of knowing if we fight hard enough, we can make it so. Be proud to be American. Be strong in your belief. Be strong in your understanding of America and what she stands for, because she is indeed that last bastion of freedom and liberty. We must protect her.