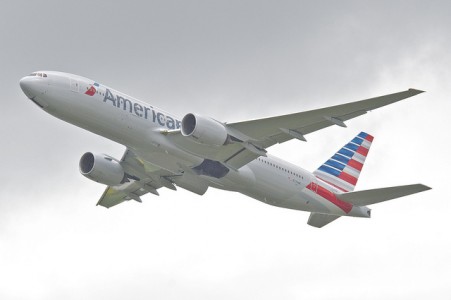 American Airlines was the first airline with a paperless cockpit, and now American’s cabins are also paperless. The airline is the first mainline carrier to provide flight attendants with electronic manuals, accessible through a handheld tablet.

“The accessibility and functionality that the tablet provides our flight attendants will greatly improve their work environment,” said Hector Adler, vice president of Flight Service for American Airlines.

“The tablet allows us to reduce our dependency on paper products and to share important safety information with our flight attendants more quickly. This is a very exciting and important milestone for all of us at American as we modernize our processes and provide our employees with the best tools to do their job, and provide better service to our customers.”

American no longer relies on printing and shipping updates for flight attendant manuals, saving the company $300,000 annually.  As a result, flight attendants can now update their manuals in a matter of minutes and search for items in seconds, improving work efficiencies. Switching to the lightweight 5.3-inch Samsung tablet from the nearly 5-lb. paper manual will save the company nearly $650,000 in fuel annually based on current fuel prices.

The tablets also will help reduce the amount of carbon dioxide emissions by 2100 metric tons – or 4.6 million pounds annually.

American’s flight attendants began using eManuals exclusively on Sept. 1, after a six-month test-evaluation period, with oversight from the FAA. In addition to the manual, the tablet provides real-time updates to flight attendants about premium customers, special meals, connection gates, special services and other information.

American’s first flight attendant training class that trained solely on the tablet will graduate in October. The eManuals will roll out to US Airways flight attendants after the two carriers achieve a Single Operating Certificate, planned for mid-2015.

American’s pilots were the first to use an Electronic Flight Bag through all phases of flight. The 1.2 pound iPad replaced a 35-pound kitbag, cutting the risk of injury and saving an estimated $1.2 million of fuel annually.

In many respects, getting a car now is harder than ever thanks to the serious supply chain issues that are...

In the 1980s, Activision Blizzard CEO Bobby Kotick was an art history major at the University of Michigan. He enjoyed...

Professional football can be fun to watch as a fan. However, you can learn a great deal about the sport...