Editor’s Note: Conservatives are often at the butt of jokes for their conspiracy theories, be it their concern for “secret” societies (such as the Council for Foreign Relations), their attacks on the Obama administration over his birth certificate, or the list of other areas the left likes to ridicule.  However, the left has plenty of their own and here’s an example of one that was part of the discussion on the popular new Fox News program, “The Five.”  Observations on this unusual media event from the Daily Caller:

Earlier this week on Keith Olbermann’s “Countdown” program on Current TV, comedienne Janeane Garofalo made some disparaging remarks about Herman Cain and the reasons behind his bid for the Republican Party’s nomination for president.

This didn’t go unnoticed. Even Cain’s campaign sent it around in a fundraising plea.

Greg Gutfeld, a co-host of the Fox News Channel’s “The Five” and the host of the late-night show “Red Eye” offered a unique reaction to Garofalo’s statement.

“Well, some people might say she is a racist because she can’t believe a black man can… (read more) 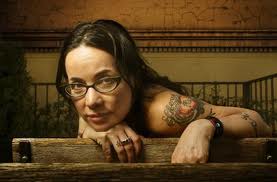