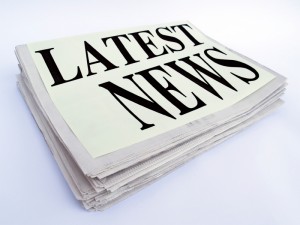 “ALEC is for less government and more freedom,” Gramm and Rollins wrote. “Its opponents are for more government, and the false security that government brings. We know from the lessons of history that earned individual success is not only the key to happiness and progress, it is the bedrock of a just society. ALEC’s advocacy is really for the American dream.”

In the op-ed, Gramm and Rollins note that the Foundation is not only a member of ALEC, but of the Public Safety and Elections Task Force that was shut down as a result of the pressure campaign mounted by left-wing activists. That task force was instrumental in taking the successes from Texas’ criminal justice reforms and the Foundation’s Right On Crime initiative and spreading them across the country via model legislation. Maryland’s legislature recently approved probation and parole reforms based on TPPF-drafted ALEC model legislation.

“Everyone in every state has a direct interest in effective criminal justice, in safe communities, and in efficient, cost-conscious governance,” Gramm and Rollins declare. “Yet this is exactly the sort of activity that ALEC’s attackers have attempted to shut down. They win – and individuals, families, and communities lose.”

“ALEC’s real crime is this: for nearly four decades, it has been an effective, engaged, and enduring facilitator of good governance and liberty-oriented legislation in statehouses across the country,” Gramm and Rollins state. “Its critics don’t just object to one or two of its programs – they object to its existence.”

Dr. Wendy Lee Gramm is chairman of the board of the Texas Public Policy Foundation.

The Texas Public Policy Foundation is a non-profit, free-market research institute based in Austin.