By ARC, Special for US Daily Review. 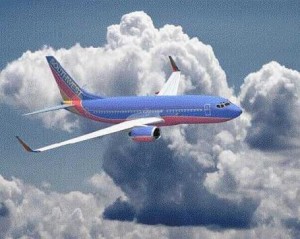 ARC, the financial settlement link between airlines and travel sellers, reported today that the consolidated dollar value of airline tickets sold by U.S.-based travel agencies increased 10.7 percent* year-over-year in the first two months of 2012 compared to the same period in 2011, and 23 percent over the same period in 2010. January andFebruary 2012 ticket sales totalled $14.9 billion, compared to $13.5 billion in 2011, and $12.1 billionin 2010.

About ARC:
As the financial backbone of the U.S. travel industry, ARC enables commerce among travel agencies, airlines, and travel suppliers, and offers them secure and accurate financial settlement services. More than 14,000 travel agencies and 190 airlines use the company’s transaction settlement services that, in 2011, totaled more than $82 billion in value. ARC also supplies transactional data to organizations, facilitating better business decisions through fact-based market analyses. Established in 1984, ARC is headquartered in Arlington, Va. For more information, visit www.arccorp.com.

Sponsor US Daily Review.  Besides being very affordable, it has a rapidly growing audience. Get more information by emailing info@usdailyreview.com.