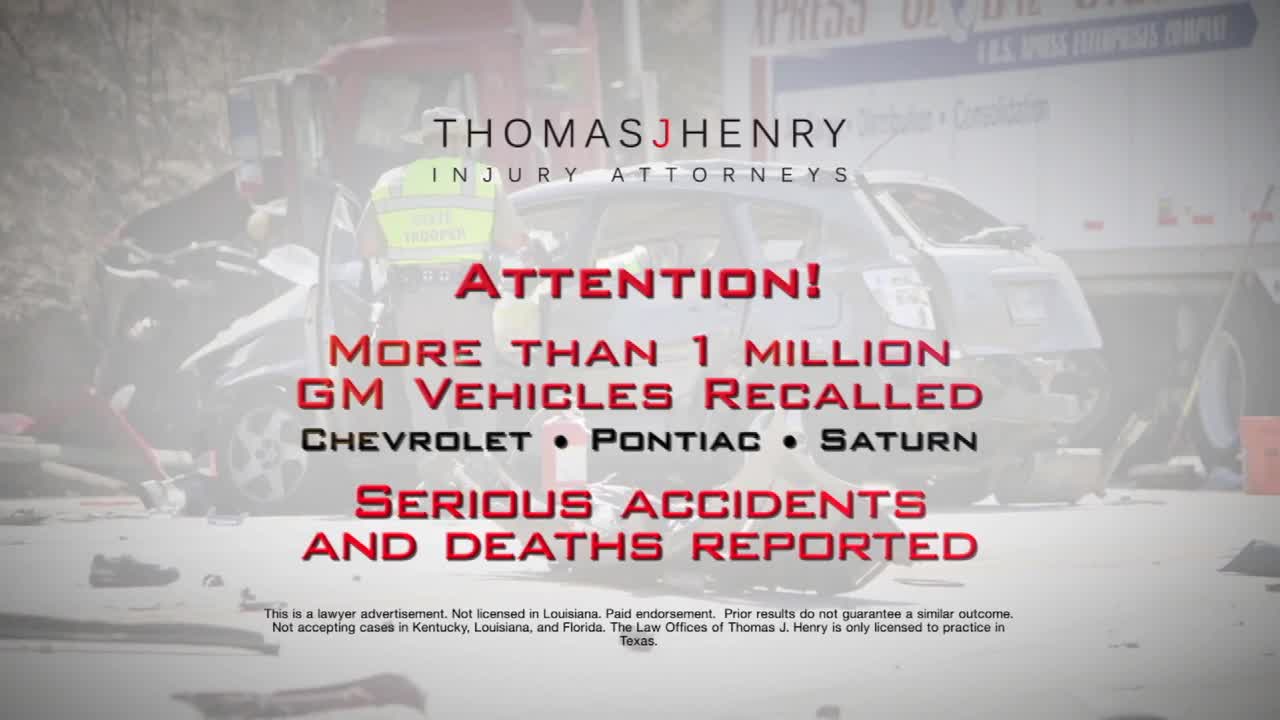 While GM publicly claims it is exploring a compensation plan for victims injured by vehicles recalled for defective ignitions, Thomas J. Henry Attorneys interpret this as a possible attempt by GM to shield them from current litigation.

In a motion filed in Texas federal court (Case No. 2:14-CV-00089), GM revealed that it intends to ask a New York bankruptcy judge to reaffirm its shield from liability lawsuits linked to crashes or defects that occurred before its bankruptcy in 2009. This could help the company avoid compensating victims injured by vehicles recently recalled for defective ignitions.

“This is just another case of the ‘New GM’ saying they will do the right thing and then turning around and doing the exact opposite,” GM recall litigation attorney Thomas J. Henry stated.

On April 15, 2014, GM filed a motion in U.S. Court for the Southern District of Texas asking the judge to hold off ruling on pending lawsuits until the New York bankruptcy court rules on whether injury and death claims violate GM’s 2009 bankruptcy sale order.

The 2009 bankruptcy case split GM into an old company (Motors Liquidation Co.) and a new company (General Motors Co.) If GM gets their way, claims related to the recall would go to “Old GM,” and victims would have to take up their claims with Motors Liquidation Corp., which is bankrupt.

About the Ignition Switch Recall

In February and March of 2014, GM recalled 2.5 million Chevy, Pontiac, and Saturn vehicles with defective ignitions. The ignition switches on these vehicles can fail, causing loss of vehicle power, loss of power steering, and non-deployment of airbags. The recalled vehicles have been linked to 303 deaths and numerous other accidents and injuries. Reports1,2 indicate that GM knew about the defect as early as 2001.

Thomas J. Henry Injury Attorneys, leaders in national GM recall litigation, is one of the largest personal injury firms in the United States and has been representing injured victims nationwide for more than 25 years.  The firm specializes in wrongful death, on the job injury, child injury, pharmaceutical litigation, product liability, catastrophic injury, and company vehicle and 18-wheeler accident cases.

The firm was recently recognized by the National Law Journal for having one of the Top 100 verdicts in the country in 2013 and by Texas Lawyer for having three of the top Texas verdicts for the year.  These cases involved work injuries and company vehicle accidents.  This comes on the heels of winning the number one back injury verdict in the country in 2012.