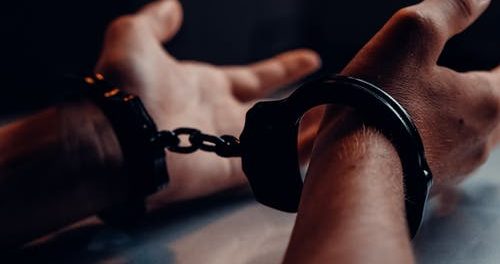 Recently Kevin Price, Host of the nationally syndicated Price of Business Show, interviewed Hans Greimel and William Sposato, authors of a new book on Carlos Ghosn and the corporate scandal that led to his downfall. 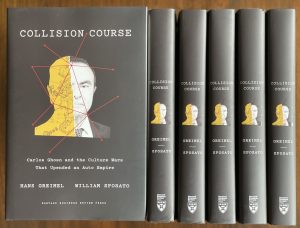 On a recent Price of Business show, Host Kevin Price interviewed authors Hans Greimel and William Sposato about their influential book on former Nissan CEO Carlos Ghosn, his rise to create the world’s biggest auto alliance, and sudden downfall with his arrest in Japan on fraud charges.  They are the authors of the book Collision Course: Carlos Ghosn and the Culture Wars That Upended an Auto Empire, published by Harvard Business Review Press and available where books are sold, including Amazon. Their book was was also the source for an HBR Podcast series The Rise and Fall of Carlos Ghosn.

This book goes into depth when it comes to the issues examined in the CNBC original documentary, Fugitive CEO: The Carlos Ghosn Story.

The authors told Price that Ghosn’s arrest in Japan was a cataclysmic event for the Renault-Nissan alliance, the entire auto industry, and Japan’s International reputation. Even as the drama still plays out, it is clear, the two said, that executives working overseas can easily underestimate the hurdles they face and the risks they may run in business cultures that are not their own.

Hans Greimel is an award-winning American business journalist based in Tokyo, where he serves as Asia Editor for AutomotiveNews and has been writing about Nissan and the alliance for more than a decade.

William Sposato is a Tokyo-based correspondent active in Japan for more than twenty years, with senior roles at Reuters and the Wall Street Journal. He is a regular contributor to Foreign Policy magazine.

You can find Hans Greimel and William Sposato on Twitter:
twitter.com/hansgreimel

The Price of Business is one of the longest-running shows of its kind in the country and is in markets coast to coast. The Host, Kevin Price, is a multi-award-winning author, broadcast journalist, and syndicated columnist. Learn more about the show and its digital partners at www.PriceofBusiness.com (scroll down to the bottom of the page).