President Barack Obama has been involved in some controversial decisions lately — exercising executive privilege in documents pertaining to Fast and Furious and in unilaterally creating his own “DREAM Act” for immigrants without Congressional approval.

Rep. Darrell Issa (R-CA), Chairman of the important House Oversight Committee, has decided to educate President Obama with a simple lesson in civics. 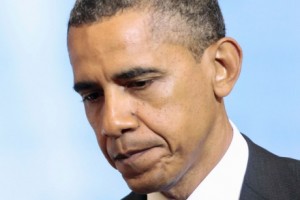 “This Administration continues to act as though there is only one branch of government. The President doesn’t get to choose which laws he wants to enforce and which he wants to ignore.   This is the latest in a string of occurrences where President Obama has thumbed his nose at the law making process to benefit his own re-election campaign and personal agenda. President Obama’s action contradicts present law and violates the Constitutional principle of a separation of powers which grants primary law making authority to the Congress.  Selective enforcement is the measure of tin-pot dictators and despots, not constitutional democracies.

“We do need immigration reform, but Mr. Obama’s rash actions make it difficult to gauge the true impacts of his policy.  There are too many unanswered questions to allow this to go unchallenged.  President Obama should suspend this order and make his case with lawmakers and the American people.“

Regarding Fast and Furious, Issa wrote the following letter to Obama:

“On June 19, 2012, shortly after leaving a meeting in the U.S. Capitol, Attorney General Eric Holder wrote to request that you assert executive privilege with respect to Operation Fast & Furious documents he is withholding from this Committee. The next Day, Deputy Attorney General James Cole notified me in a letter that you had invoked executive privilege. The Committee received both letters minutes before the scheduled start of a vote to recommend that the full House hold the Attorney General in contempt of Congress for refusing to comply with its subpoena.

Courts have consistently held that the assertion of the constitutionally-based executive privilege – the only privilege that ever can justify the withholding of documents from a congressional committee by the Executive Branch – is only applicable with respect to documents and communications that implicate the confidentiality of the President’s decision-making process, defined as those documents and communications to and from the President and his most senior advisors. Even then, it is a qualified privilege that is overcome by a showing of the committee’s need for the documents. The letters from Messrs. Holder and Cole cited no case law to the contrary.

Accordingly, your privilege assertion means one of two things. Either you or your most senior advisors were involved in managing Operation Fast & Furious and the fallout from it, including the false February 4, 2011 letter provided by the Attorney General to the Committee, or, you are asserting a Presidential power that you know to be unjustified solely for the purpose of further obstructing a congressional investigation. To date, the White House has steadfastly maintained that it has not had any role in advising the Department with respect to the congressional investigation. The surprising assertion of executive privilege raised the question of whether that still is the case.” Read the Full Letter

The president may not be getting the message, but Issa could not be clear.  The President will continue to face increasing resistance for failing to recognize the checks and balances that the founders of the country had in mind.