President Obama’s half-brother in Kenya could cause the White House more headaches over new evidence linking him to the Muslim Brotherhood in Egypt and establishing that controversial IRS supervisor Lois Lerner signed his tax-exempt approval letter. 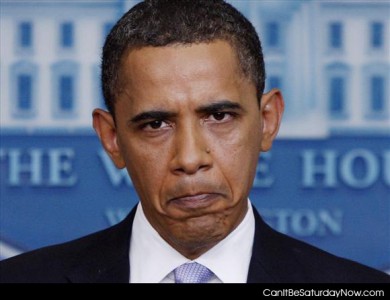 In a news report on Egyptian television of a Gebali speech, translated by researcher Walid Shoebat, a former Palestinian Liberation Organization operative, Gebali said she would like “to inform the American people that their president’s brother Obama is one of the architects of the major investments of the Muslim Brotherhood.”

“We will carry out the law, and the Americans will not stop us,” she said. “We need to open the files and begin court sessions.

“The Obama administration cannot stop us; they know that they supported terrorism,” she continued. “We will open the files so these nations are exposed, to show how they collaborated with [the terrorists]. It is for this reason that the American administration fights us.”

Shoebat said Gebali explained the news is important to Americans who are concerned about their president’s actions, calling it “is a gift to the American people,” implying there were more revelations to come.

In an interview on Egyptian television, Gebali said the cost to Egypt has been great, and she vowed her country will not allow any conspiracy against its people or the Egyptian state. She insisted that pushing Egypt to bankruptcy is unacceptable, because it would plunge her country into a dire state similar to Iraq and Libya.

Shoebat said that if the reports are correct, Turkey appears to play a central role in the alleged conspiracy. He emphasized that Egypt has asserted to the international community that it will not tolerate any attempt to push the country to bankruptcy.

Shoebat reported in May that Malik Obama is the executive secretary of the Islamic Da’wa Organization, or IDO, a group created by the government of Sudan, which is considered by the U.S. State Department to be a terrorist state.

In 2010, Malik Obama attended an IDO conference in the Sudanese capital, Khartoum. One of the objectives of the IDO is to spread Wahhabist Islam across the African continent.

Sudan President Omar Al-Bashir supervised the conference. Bashir is wanted by the International Criminal Court on seven counts related to crimes against humanity.

Shoebat asserted the evidence places Malik Obama “in bed with terrorists, working in a terrorist state as an official of an organization created by terrorists.”

WND reported in May that funds contributed in the U.S. to a 501(c)3 foundation run by Malik Obama have been diverted to support Malik’s multiple wives in Kenya, an expert on Islamic extremism has charged.

Lerner, currently on paid executive leave from her IRS supervisory position, took the Fifth Amendment before the House Oversight and Government Reform Committee on May 22 rather than answer questions on inappropriate criteria used by her IRS department to delay or otherwise deny tax-exempt status for tea party and “patriot” groups.

After a thorough examination of available evidence, Shoebat explained to WND his allegations against the Obama family tax-exempt foundations:

When Malik Obama and Sarah Obama raised money in the United States as the respective heads of foundations claiming to be charities, not only did the Internal Revenue Service illegally grant one of them tax-deductible status retroactively, but these foundations have supported – to varying degrees – illegal operations that acquire funding for personal gain, philandering, polygamy and the promotion of Wahhabism, the brand of Islam practiced by Al-Qaeda.

For the past two years, since long before the current IRS scandals became public, WND has been reporting irregularities in two IRS-approved 501(c)3 organizations operated in the U.S. by Obama’s half-brother and step-grandmother in Kenya.

WND reported in September 2011 the Barack H. Obama Foundation apparently received IRS approval one month after an application was submitted in May 2011. The IRS determination letter June 11, 2011, granted a highly irregular retroactive tax-exempt approval only after the group came under fire for operating as a 501(c)3 foundation since 2008 without ever having applied to the IRS.

In October 2012, WND reported a separate foundation, the Mama Sarah Obama Foundation, created on behalf of Obama’s step-grandmother in Kenya, has transferred funds, 90 percent of which are raised from U.S. individuals and corporations, to send Kenyan students to the top three most radical Wahhabist madrassas in Saudi Arabia.

Since its founding in 2008, the Barack H. Obama Foundation, operating out of a commercial mail drop in Arlington, Va., has solicited tax-deductible contributions on the Internet, listing addresses and telephone numbers both in the U.S. and Kenya, without disclosing the group lacked an IRS determination letter.

In September 2011, the IRS confirmed to WND that the Barack H. Obama Foundation had received a determination letter in June 2011, awarding the group tax-exempt 501(c)3 status retro-actively to 2008

On March 3, 2013, Andrew Malone, reporting for the London Daily Mail, documented that Malik’s youngest wife in Kenya, Sheila Anyano, 35 years his junior, had spent the past two years living with three of Malik’s other wives at the “Barack H Obama Foundation rest and relaxation center,” a restaurant complex that profits from visitors drawn by the family’s connection to the American president.

According to the Daily Mail, members of his extended family in Kenya have accused Malik, a practitioner of Islam and a polygamist, of being a wife-beater and philanderer. Malik is accused of seducing Sheila, the newest of his estimated 12 wives when she was a 17-year-old schoolgirl – a crime in Kenya, where the legal age of consent is 18.

Malone tracked down Sheila’s mother, Mary, who explained to the reporter that Malik Obama had “secret trysts” with the girl after spotting her attending prayers at the mosque he has built in Kogelo, the family’s ancestral home.

Sheila, now age 20, told Ambrose that marrying Malik, now age 55, was the “worst decision” of her life and confirmed that she and Malik kept their marriage “a secret,” because she was 17.

“At first he was good, after he started speaking to me at the mosque,” Sheila told the Daily Mail. “But he has changed. Marrying him has been the biggest mistake of my life. He beats me, but mostly he’s just nasty and quarrelsome.”

“There is no evidence to suggest that Malik is building any houses in Kogelo for widows and orphans as claimed,” Shoebat said.

Neither is there evidence that the Mama Sarah Foundation has built any homes for widows, orphans and HIV/AIDS victims.

“The only evidence where monies were spent involves the Barack H. Obama Recreation and Rest Center in Kenya, which housed Malik’s 12 wives in a facility that includes a restaurant and a mosque with a madrassa,” he said.

“While building mosques is legally considered charity, evidence shows the entire funding came directly from entities and individuals from Saudi Arabia, Qatar and Bahrain,” Shoebat said. “There is nothing of charitable nature to show for all the funds Malik raises from the United States. To date, there is no evidence for any accomplishments toward building homes for orphans, widows and AIDS victims in Kogelo or anywhere else in Kenya.”

An IRS Form 990-EZ required for tax-exempt organizations was filed on May 23, 2011, only days before the IRS determination letter was sent.

The Form 990-EZ appears to have been hand-written by Malik Obama himself, complete with an unorthodox page of calculations evidently included to back up the amounts entered into the form.

The Form 990 reported the foundation had received $24,250 total gross income for 2010, derived from contributions, gifts and grants.

“We were not very successful this year because of limited contributions,” Malik reported on the Form 990. “The Foundation sponsored a Youth Tournement (sic) and embarked on construction of community bridges.”

Born in Kenya to Kezia

The son of Kezia, Obama Sr.’s first wife, Malik was only 18 months old when Barack Obama Sr. arrived in New York Aug. 8, 1959, on a BOAC flight in transit from Kenya to begin his undergraduate studies at the University of Hawaii in Honolulu.

Having abandoned Kezia in Kenya, Obama Sr. subsequently married Stanley Ann Dunham, Barack Obama Jr.’s mother, while in Honolulu, according to the account Obama relates in his autobiography “Dreams from My Father.”