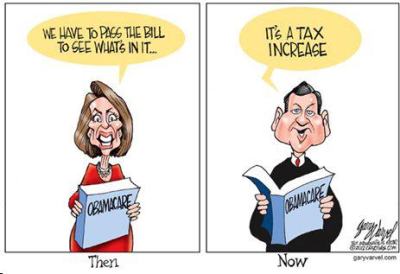 We’re in the heat of the battle for America; will we end up as Obama’s Socialist Democracy, or continue with our freedoms and liberties intact with Mitt Romney’s America, staying true to the republic we’ve always been. Fortunately, unlike nations trapped in medieval times, we don’t have to pick up weapons and start shooting our way to freedom. The Founding Fathers gave us a path, if we’ll use it, to restore reason in America, and it’s a solid path.

It’s a little thing called the U.S. Constitution. I know, I’m asking Americans to read it, and it’s just so long! But let’s just focus on Article 1, Section 8 and the 10th Amendment. There’s your path, and I’m convinced there’s not a single liberal who has ever read the 4,400 words of the U.S. Constitution.

And that brings us to the Democrats; for good or bad, the Democrat Party has thrown its lot in with the far left liberals of their party, and abandoned the Democrat values of old. But let’s get back to Obama.

Barack Obama’s efforts with the economy have been dismal at best, criminal at worst. But his signature legislation, the thing he’s the most proud of, is the Affordable Patient Care Act a.k.a. Obamacare. He’s really hoping we’ll focus on that and not talk about it’s effect on the economy and our constitutionally guaranteed freedoms. He’s really hoping we won’t check government statistics, reports, and legislation being passed. He most definitely, does not want us to read the entire decision SCOTUS (The Supreme Court of the United States) handed down, and he especially doesn’t want us looking at the dissenting decision.

And although one of the three branches of government specifically stated that Obamacare is a tax, Barack Obama and the Democrats, ad nauseum, are saying; “It’s a penalty, not a tax.” Penalty or tax…the end result is the same for the American people, a crushing tax burden guaranteed to cripple generations to come.

But let’s look at what Barack Obama definitely won’t talk about over the next four months.

He won’t talk about the $500 billion tax burden Obamacare hits us with; five of the 21 additional taxes in Obamacare go into effect on 1 January 2013; and the rest will hit the American taxpayer on 1 January 2014. Then the other $900 billion will hit us at one point or another, this I guarantee.

But Barack Obama won’t talk about the $16 trillion national debt; and he most definitely will never mention:

Yeah, that’s going to be a winning strategy…for the uninformed. That’s what you get when you vote for a community organizer who’s immersed himself in a Marxist philosophy and atmosphere.

But, if you vote for Mitt Romney, you get a man who has been:

It is a stark difference between the two Americas.

There is Barack Obama’s America steeped in debt and despair. And then there’s Mitt Romney’s America, steeped in the American Dream, with the promise of a brighter future and prosperity.

The choice is clear: Barack Obama’s nation riddled in debt and ever dwindling freedoms; or Mitt Romney’s nation breaking free of the economic chains, and rising to be Reagan’s “shining city on a hill” once again.