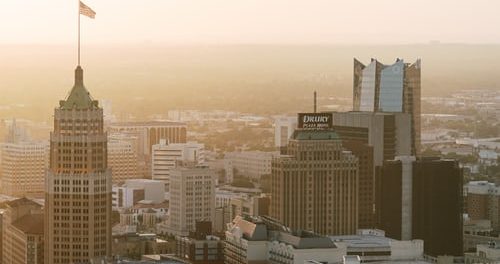 On a recent Price of Business show, Kevin Price visited with former Congresswoman, Barbara Comstock on which she began her series on the relationship between tech and government.  Comstock was on the show in September and will now be making regular visits on the program.

Price and Comstock discuss sweeping legislation that have the potential of undermining US competitiveness and consumers.

They discussed the Senate Judiciary Committee passing of the American Innovation and Choice Online Act last week, which is a radical rewrite of antitrust laws that will have serious consequences for consumers, American competitiveness, and national security. This means the bill is now one step closer to being considered by the full Senate.

During the hearing, many Senators expressed concerns over the fact that the bill never had a hearing and was rushed through the process. Also, Senators raised concerns about national security, and the bill’s implications on American competitiveness at a time when China is prioritizing R&D, high-tech manufacturing, etc.

Here are some helpful background pieces:

According to a statement:

“Antitrust law protects American consumers from low-quality goods and services, but Google’s products are highly innovative and free for everyone. The Justice Department’s misguided lawsuit stretches antitrust law beyond its breaking point and risks breaking the very products that Americans love and use everyday.”

Barbara represented Virginia’s Tenth Congressional District, was a senior appointee in the Justice Department, and worked as a Congressional aide. Her election marked her as the first woman elected to that seat. She was named as one of the “Top Ten Most Effective Lawmakers” in the 115th Congress by the Center for Effective Lawmaking, a joint effort of the University of Virginia and Vanderbilt University.

According to a statement from Ms. Comstock, “During her time in Congress, Barbara was a leader on technology and cybersecurity issues, chairing the Science, Space, and Technology Committee’s Research and Technology subcommittee, as well as serving on the Joint Economic Committee, the Transportation and Infrastructure Committee, and the House Administration Committee. Her legislative achievements include passing legislation to promote women and disadvantaged populations in STEM, as well as expanding research in the technology space. Barbara also was the leader on anti-sexual harassment legislation in Congress, and legislation to tackle the opioid crisis and gang crime. She partnered with Senator McCain to reauthorize multi-year firefighter grants to increase innovation and public safety. While in Congress, Barbara was the only woman in the Virginia congressional delegation and the only Virginia member to chair a subcommittee.”