By Modis, Special for US Daily Review.

Being a “geek” has never been cooler—or more respected—according to a survey by Modis, leading provider of information technology staffing.  The omnibus survey, conducted in recognition of Geek Pride Day, which is celebrated May 25th, reveals that 54 percent of Americans rated geeks to be extremely intelligent, an increase from 45 percent in 2011. In addition, 71 percent of survey respondents identified geeks as the go-to people for technology advice vs. 56 percent last year.  Perhaps most impressive is that more than half of Americans (51 percent) define geeks as professionally successful, a significant jump from 31 percent in 2011.

“The past year has seen a lot of very public coverage of high-profile, extremely successful ‘rock star’ technology executives – 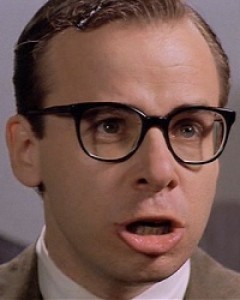 it would seem the high public profile of these tech  ‘celebrities’ has really boosted public perception of geeks in the US,” said Jack Cullen, president of Modis.  “Geeks have essentially taken their place in the mainstream.  And rightly so!”

Being the go-to people for technology advice also comes with an attachment to technology that seems greater than their non-geek counterparts. More than 60 percent of geeks said they would be very stressed out by losing the files on their computer’s hard drive, yet only 49 percent would feel the same about going through a relationship breakup.

Yet geeks aren’t the only ones obsessed with technology.  Though 69 percent of non-geeks are quick to label geeks as addicted to tech, they themselves are attached, as well. Of those surveyed, 67 percent of non-geeks said they would have a difficult time living without at least one tech accessory for the day, of a list of devices including computers, smartphones, or MP3 player. That’s only slightly lower than the 69 percent of geeks that said the same.

“Technology is infiltrating the average American’s life more and more, making geeks more respected and mainstream,” said Cullen. “Even though geeks are characterized by their tech obsession, we all seem to be just a little tech obsessed. Americans even admit to using personal devices in situations where it’s probably better to put the gadget away.”