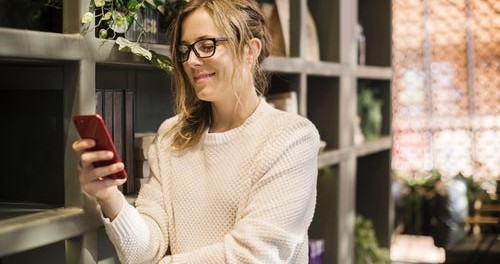 If there’s something positive that’s come from social media, it’s memes. I have always loved a good joke, and this new form of jokes is just hilarious. While I still love reading jokes, a funny picture with a short message is another great way to have a good laugh. Even if I only spend 5 minutes a day reading funny jokes, I’ve found that it is a quick and surefire way to take a break from the stress of everyday life. And, anytime I find a good joke, I share it with my closest friends so they can have a laugh too!

I’ve gotten some great feedback from my friends who keep asking me where I get all my jokes from. The truth is that I get them from a variety of sources which I’ve found over the years. However, the ones that I share the most are those that I’ve found on joke apps I’ve downloaded on my phone. I consider myself a bit of a joke app connoisseur. I’ve gone through dozens of jokes apps, and after careful selection, I’ve handpicked a select few that I’ve found to be the best. Rather than keeping it to myself, I decided to share my selection of the best jokes apps so everyone can have a good laugh anytime they want. Here are my top 3 favorite joke apps and my thoughts on each one.

LOL Pics – Share your own memes with the world

One of my favorite joke apps is LOL Pics. What I really like about it is that not only can you find some of the best memes, but you can also share your own meme creations for the world to see. I also like that you can customize your main feed to see only the types of jokes you are interested in. I’ve found the category selection to be pretty varied as you can choose everything from fails and puns to funny quotes, GIFs, memes, and more. I also really like that users can upvote or downvote jokes, so only the top-rated content stays on the main feed.

When you first download LOL Pics, your main feed is filled with jokes of any type. Although you will only see top-rated jokes, you might find some jokes that you are not interested in. I recommend you customize your main feed by selecting from different joke categories, so you only see jokes you love.

Another daily jokes app I really like is Funny Pics LOL! The neat thing about it is that it compiles only the best jokes from around the web. I’ve found it to be really convenient as you don’t need to search through different social media sites to find great jokes. Simply choose a joke category and you’ll find the top-trending memes from the most popular social media sites including Pinterest, Tumblr, and more. I also like how the interface keeps it simple and intuitive. And, with just a tap you can instantly share jokes with your friends.

Unlike my previous pick, Funny Pics LOL! Doesn’t have a voting system for rating jokes. So, while you will certainly find many great jokes, there isn’t a way to downvote jokes you don’t like. However, I have found that the customer service team is really attentive, as they will immediately take down any jokes that have been reported as offensive by the community.

Book Of Jokes – Hundreds of thousands of jokes

I could not close of my top 2 list without including Book Of Jokes. Unlike my previous two picks, Book of jokes compiles some of the best-written jokes I’ve found on the web. One of the things I really like about it is that there are hundreds of thousands of jokes neatly organized into categories. So, whether you want to find a science joke, political joke or yo mama jokes, you will quickly find what you are looking for with just a few taps. I also like that the complete collection of jokes is available offline, so you can read them anytime, anywhere – no Wi-Fi connection needed!

The only thing I am not a fan about is that there is no option for customizing font size. Although I haven’t found the text to be particularly small, it would be great if Book of Jokes allowed you to increase the text size to your liking.

So, these are my top 3 favorite jokes apps. If you are looking for a great way to relax and have a good laugh, you can’t go wrong with one of these picks! Still, haven’t found what you are looking for? I’ll share with you a site I found during my research, which I found to be really helpful when putting together my list.

Best Apps for Getting Daily Jokes

I actually got my third pick, Book of Jokes, from their list, and I couldn’t be happier with my find. I hope you like the joke apps I selected, and I hope you have a good laugh too!