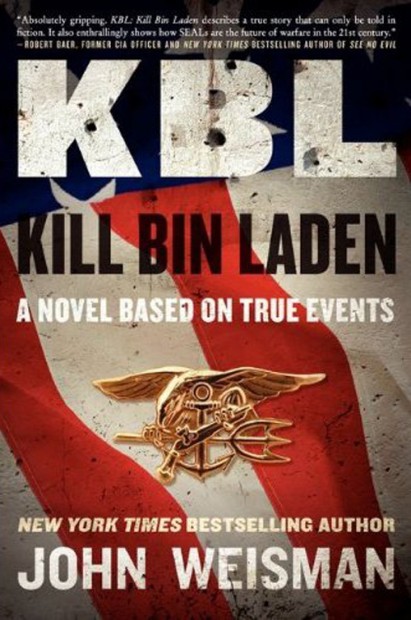 New York Times bestselling author, John Weisman, is more closely tapped into Tier One operatives than any other journalist or author. The author of several books centered around those same Tier One operatives, Mr. Weisman is the one of a select few authors to enjoy spots on both the nonfiction and fiction New York Times Bestseller lists. When Harper Collins contacted Mr. Weisman about writing the story surrounding the take-down and death of bin Laden, he did some research and then told them it had to be written in novel form or he’d never be able to get all the information he needed. He was right.

Weisman skillfully takes the reader through the planning and execution of Operation Neptune Spear which culminated in the death of the most wanted man in the world. We learn how a SEAL becomes a SEAL, what their missions are like, how they prepare for missions, etc. For instance, did you know that in 2010, the SEAL teams conducted 1,700 missions against HVTs (High Value Targets?) Did you also know they have an astonishing high success rate?

With the administration we have right now, they cannot be trusted with anything that must be kept secret. It was very intriguing to me to see how it all played out, even though it was presented via fiction. In addition, I believe Mr. Weisman did an excellent job portraying Barack Obama as the egocentric control freak that he is. I don’t know if that was his intention, but it became very clear that this mission almost didn’t go off save for the convincing argument of one CIA analyst to Obama.

I had the opportunity to interview Mr. Weisman about the researching and writing of KBL Kill Bin Laden, and it was fascinating to listen about how this book all came about. When I asked him why he chose to tell the story via fiction vs. nonfiction, he replied “Because the people who put Neptune Spear together and carried it out aren’t talking, and won’t be, for some time. And all the factual accounts so far have been colored by who sourced them. There’s a lot of political spin about Neptune Spear: the White House has its own version. So do the operators, and so does the CIA. There were so many contradictory accounts that after talking to sources both in the military, the intelligence community, and political operatives, I decided that the best way to go was fiction. The gist of what they all told me was that I’d get closer to the truth by doing fiction—and equally important, get a lot more help that way.”  The show with Mr. Weisman will air on Turning the Tide with Candace Salima on Tuesday, November 29th.

KBL Kill Bin Laden is a book worth reading, not to mention adding to the home, school, and public libraries in every town and city in America. If you want to learn how the brave men and women of our special forces and intelligence agencies really do business without the filter of the media, or the White House, then pick up a copy of John Weisman’s KBL Kill Bin Laden.