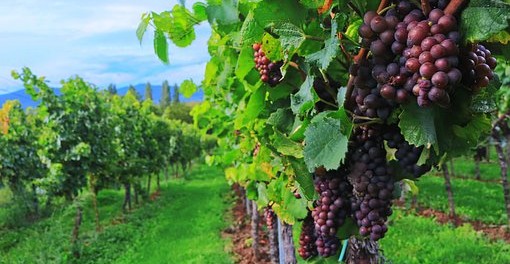 By Wine Institute, Special for  USDR

California’s 2017 wine harvest wrapped up early this fall following summer heat spurts and a growing season that saw significant rain throughout the state ending a five-year drought.  While October wildfires in North Coast wine communities made international headlines, the state’s vineyards and wineries were not significantly affected.  Napa, Sonoma and Mendocino counties, the regions most impacted, grow 12 percent of California’s winegrapes, and 90% percent of the harvest in Napa and Sonoma and 85% in Mendocino were already picked and in production at wineries before the  fires.

“The vast majority of California’s 2017 winegrape harvest was unaffected by the wildfires and the vintage promises to be of excellent quality,” said Robert P. (Bobby) Koch, president and CEO of Wine Institute. “The outpouring of support locally and from around the world for people in the impacted communities has been phenomenal.  We are saddened by the loss of lives and homes and this will truly be remembered as a harvest of the heart. Wineries are at work making their 2017 wines and welcoming visitors during this beautiful late fall/early winter  season.”

The Growing Season
With all but late harvest grapes in, vintners are looking back at the 2017 growing season. The drought is over with the season beginning with rainfall that refilled reservoirs and replenished soils. Harvest began early at a normal pace in many regions, and then progressed rapidly during a heat wave in late August and early September. Temperatures cooled mid-September, slowing the harvest pace and allowing red grapes to ripen gradually. Many regions are reporting reduced yields due to the heat spell, but vintners are reporting strong quality for the 2017  vintage.

The California Department of Food and Agriculture estimated in early August that the state’s overall crop size would reach 4 million tons, down slightly from 4.03 million in 2016 and above the historical average of 3.9 million tons. The heat wave will likely lower this  prediction.

“We had above average rainfall this winter on the Central Coast, but not as much as areas that saw flooding,” said Steve Lohr, CEO, J. Lohr Vineyards & Wines. “It was wonderful because it helped fill up the reservoirs and bring new life to cover crops that had been parched after several years of drought. It has been a good year for us, all in all, on the Central Coast,” Lohr said. “From the 30,000-foot perspective, I would say that these wines are going to show particularly nicely in their youth but will have the capacity to  age.”

The rainfall helped vines in the Santa Cruz Mountains rebound from the drought, but also caused some problems during flowering. “Zinfandel got caught by spring rain during bloom and most of our Zinfandel sites are down in tonnage anywhere from 15% to 40%,” said Eric Baugher, chief operating officer and winemaker, Ridge Vineyards Monte Bello Winery. “It does appear that the Zinfandel vintage will be an extraordinary one, similar to 1999. I expect similar excellent quality out of Chardonnay since the fruit had such great intensity of flavor from the petite-size clusters and  berries.”

A heat spell impacted many California regions in late summer, speeding up harvest schedules and requiring extra vigilance. “Some vineyards that had exposed fruit showed desiccation,” said David Hayman, vice president of winegrowing for Delicato Family Vineyards, which farms grapes across the state. “Ripeness was accelerated and a lot of fruit became ready all at once. Flavors across the board look  good.”