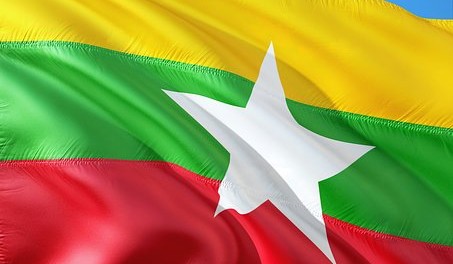 The global parliamentary community has condemned today the ethnic cleansing of the Rohingya minority in the Northern Rakhine state of Myanmar. MPs have called upon the Government of Myanmar to end immediately the violence and forced displacement of the Rohingya and the blatant violations of their human  rights.

In a resolution on the emergency item on it agenda, adopted today at the 137th Assembly of the Inter-Parliamentary Union (IPU), MPs expressed grave concern over the unprecedented exodus of one million Rohingya to Bangladesh and the humanitarian and potential security consequences for that country and the region. The Rohingya began fleeing when an insurgent attack led to a massive military  response.

“This resolution urges the global parliamentary community to take concrete steps to put an end to the ethnic cleansing of the Rohingya from Rakhine state, and to end further human rights violations,” explained Saber Chowdhury, the IPU President. “We cannot remain on the sidelines as one million people flee violence and persecution. This crisis is a major threat to regional peace and  security.”

The resolution strongly recommends the creation of temporary safe zones inside Myanmar under UN supervision to protect all civilians irrespective of religion and ethnicity. MPs have also urged the Parliament of Myanmar to make every effort to stop the violence and to put an end to this tragic  situation.

“The resolution on the emergency item at this year’s Assembly was adopted by an overwhelming majority of the world’s parliamentarians, reflecting the concern of the entire global community over the situation. I believe that this signal will be heard by the authorities and by parliamentarians in Myanmar, and that it will enable them to take effective steps to normalise the situation and avoid a large-scale humanitarian disaster,” explained the Assembly President, Valentina  Matvienko.

IPU Secretary General Martin Chungong explained, “The situation of the Rohingya is unacceptable. It is vital that parliamentarians from around the world stand together to condemn this  atrocity.”

Other issues proposed as an emergency item were the political crisis in Venezuela and the threat to peace and international security posed by the nuclear tests conducted by the Democratic People’s Republic of Korea. Djibouti, which proposed a resolution on the role of parliaments in maintaining international security and peace, withdrew it as a gesture of solidarity to reach consensus on one  item.

As the Assembly may only adopt one emergency item, the selection process consists of a vote in the plenary. Requests must receive a two-thirds majority of the votes cast in order to be accepted. Of these, the one that receives the largest number of positive votes will be accepted. For the IPU 137th Assembly, two proposals – the DPRK’s nuclear testing and the Rohingya crisis – received a two-thirds majority. The proposal on the Rohinyga crisis received the most votes in the plenary, and was selected as the emergency  item.