Concerns over data security and a limited knowledge of cloud computing are putting Canada’s economic competitiveness  at risk, as business and IT leaders fail to adopt new cloud technologies, according to an TELUS and IDC Canada study released today. 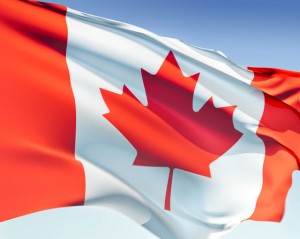 The study, commissioned by TELUS, reveals that the majority of Canadian organizations currently using cloud computing say it has transformed the way they work by allowing them to re-focus resources on meeting strategic business objectives. Yet 71 per cent of Canadian businesses are risking their competitive edge because they aren’t open to alternative IT delivery models that can bring new levels of productivity and enhanced customer service to their organizations.

According to the TELUS and IDC Canada study, Canadian businesses do not fully understand the business value of cloud-based services: cost savings, improved functionality of IT systems, greater agility and improved customer responsiveness. Moreover, these businesses are not clear about which key issues they should focus on when making an outsourcing, hosting or cloud technology decision.

Security remains the top concern and barrier to cloud deployment as most leaders continue to believe that their own organizations do a better job of securing data than cloud providers. According to the study:

“Many larger Canadian organizations miss the opportunity to exploit the benefits of cloud because they fixate on security. To properly weigh public, hosted and private cloud options versus traditional IT delivery, multiple criteria are important including data residency,” said David Senf, vice-president of Infrastructure and Cloud Solutions, IDC. “Security is critically important, and in fact, is one of many pillars of cloud success. Moreover, most cloud providers are more secure than most Canadian organizations. An often over-looked calculation in cloud ROI is the offloading of tasks around security, management and recovery to a third-party.”

Not only are misplaced fears around data security hindering Canada’s ability to adopt the new technologies that will allow them to better compete globally, but Canadian executives and IT departments are also citing a lack of knowledge and understanding as the reasons for their fears.

“Today many people are saying that cloud computing is not secure enough, not reliable enough.  It’s strikingly similar to what people said in the early days of client-server computing.  “No one would run an enterprise on Unix or Oracle, it’s not reliable enough, it’s not secure enough”, said Timothy Chou, lecturer, cloud computing, Stanford University.  “But we all know what happened.  In the end economics is the driving force.  People brought PCs into the enterprise to write reports they couldn’t get from their mainframe.  Departments bought Unix servers at a 1/10th the price of the traditional solutions.  We are seeing the same wave happen with cloud computing.  Economics is allowing solutions to arrive which were never affordable before.  Canadian companies, as with any company around the world, should first get educated on the subject, second, use the products to reduce their costs and third, consider the potential to transform their businesses.”

When it comes to their overall knowledge of Cloud computing, 63 per cent of Canadian companies say they do not have enough, or only a base level of, knowledge to make decisions on whether to use a cloud service or their internal IT department.

“According to the study, productivity improvement is the number one driver among business and IT leaders in large Canadian organizations, so technology investments such as cloud computing should make good, logical business sense,” said Tony Krueck, vice-president of Business Products & Services at TELUS. “By helping our customers harness the power of either public or private cloud services that are secure and reliable as well as hosted, managed and delivered in Canada, TELUS is enhancing their productivity and helping transform their IT departments from executing the tactical to performing at the strategic level.”

The study surveyed 200 Canadian business and IT executives and directors at large Canadian companies (500+ employees) across a range of industry sectors, allowing TELUS and IDC to report on the Canadian corporate landscape, especially as it relates to emerging trends in technology adoption. For more information on the study, visit www.telus.com/cloudstudy.