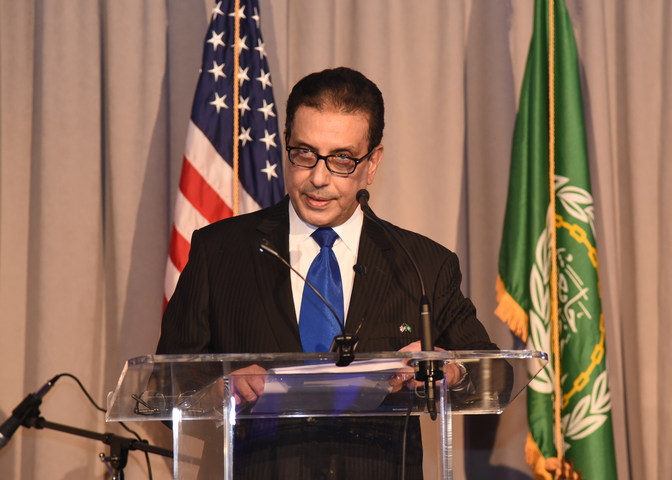 By League of Arab States, Special for  USDR

The grand entrance hall of the United States Institute of Peace overflowed the first week of December with hundreds of prominent men and women from government, academia, and business. They came to hear and honor the Arab woman. The day-long event, which began with panel discussions and ended with a gala dinner, marked the League of Arab States’ Fifth Annual Arab-American Day Celebration, held this year in collaboration with the United States Institute of Peace  (USIP).

The day-long events focused on the important role Arab women played in stabilizing their communities. “Arab women have shown a steadfast commitment, especially during times of war and change, of never wavering in their struggle to bring peace and stability to their communities,” Ambassador Salah Sarhan, the Chief of Washington Mission of the League of Arab States, said. “The Arab League considers violence against women and girls in the Arab world to be one of its most important  challenges.”

It was in that context that Ambassador Sarhan noted that the Arab League and its member States strongly committed to support the “16 Days of Activism” between 25 November,  the International Day for the Elimination of Violence against Women, and till 10 December, 2016 the designated Human Rights  Day.

Using its position of strength to help women achieve societal justice, gender equality, and prosperity through education teamed up with USIP to present the aforementioned full day of activity, beginning with panels and ending with the evening  Gala.

During the evening comments, Ambassador Kristie Kenny, Counselor, U.S. Department of State, gave her special recognition “to the wonderful diversity that is America, which has been made strong by those who like so many Arabs have come here from other areas of the world to lend us their voice, their culture, and their  experience.”

Awards were given to Hanan Al Hroub, a Palestinian teacher who devoted her life to troubled children and won the 2016 Varkey Foundation Global Teacher Prize for her teaching. A special honor posthumously was given to Zaha Hadid, for her outreach to the world through her extraordinary architecture. H.E Ambassador Hunaina Al-Mughairy, Ambassador of Oman, who is honored at being the first Arab Ambassador, expressed her special appreciation for The League’s recognition. “I deeply thank you for having me here and giving me the opportunity to dispel any misconceptions of the limited role of the Arab woman in our  society.”