Catholic Charities USA (CCUSA), among the nation’s largest networks of human services organizations, released the findings of its 2012 1st Quarter Snapshot Survey today, which found that local Catholic Charities agencies would add or expand summer food and nutrition programs and academic services if capacity weren’t an issue.  Unfortunately, local agencies report that a lack of resources is a barrier in communities throughout the country.

The 44 agencies that participated in this survey serve more than 3.6 million clients, according to CCUSA’s 2010 Annual Survey. Thirty-four percent of these agencies reported providing summer programs to more than 9,500 children.  Eighty-four percent identified resource limitations as a barrier that prevents them from operating or expanding summer youth programs and services stating they would offer academic services (58%) or summer food or nutrition programs (61%) if capacity weren’t an issue. 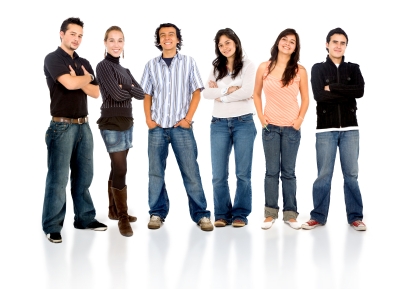 The summer months pose a huge concern for families with school-aged children that depend on food programs and after-school programs and services during the school year.  According to the United States Department of Agriculture, hunger is one of the most severe roadblocks to the learning process and a lack of nutrition during the summer months may set up a cycle for poor performance once school begins again.  Similarly, the United States Department of Education has reported that children that don’t participate in academic and enrichment programs during the summer months are more likely to suffer from a knowledge gap due to a loss of academic skills over the summer months putting them at a greater disadvantage than their peers when they begin the school year.

“It is through some miracle of love that local service providers such as Catholic Charities agencies are able to meet the growing demands for their services, despite the scarce resources they have to work with,” said Rev. Larry Snyder, President and CEO of Catholic Charities USA. “This quarter’s findings further illustrate the urgency that exists to find ways to better serve underserved communities in a more financially sustainable way.”

The online survey was distributed to CCUSA membership during April 2012 to measure programs and services provided between January 1 and March 31, 2012.  Responses were received from 44 Catholic Charities agencies in 27 different states who served approximately 3,636,528 clients in 2010.  Catholic Charities USA and its network of local agencies served more than 10 million individuals in 2010.

Catholic Charities USA’s members provide help and create hope for more than 10 million people a year regardless of religious, social, or economic backgrounds. For almost 300 years, Catholic Charities agencies have worked to reduce poverty by providing a myriad of vital services in their communities, ranging from health care and job training to food and housing.