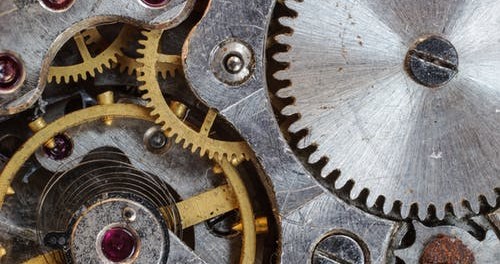 Coordinate measuring machines aren’t exactly a household name in North America today, though they played an integral role in helping to keep factories competitive at a time when globalization posed new challenges. In business just like in life, whatever fails to adapt gets left behind — automation was the means by which factories here evolved, and CMM machines play an indispensable role in automation.

Suddenly, factories here had to compete against ones from overseas with cheaper labour and fewer regulations. After decades of decline, North American factories, boosted by automation, staved off the death many experts predicted and actually became competitive again.

Keep on reading to learn more about how a coordinate measuring machine works, and how they helped North America’s factories remain competitive on a global stage.

A CMM machine is very well suited to performing the role of quality control on production lines because they can measure the physical geometrical characteristics of an object or part. They can do so both manually, with a human operator, or via a computer program.

A probe attached to the third moving axis of the CMM machine moves around every surface of what is being scanned and defines the measurements. After the CMM machine has scanned the part or object, it compares it against its blueprint, which has been uploaded already into the machine.

If the machine detects any discrepancy between the blueprint and the part it has scanned, it can tell the part contains a flaw. CMM machines deliver the dependency factories need to know that their products are meeting the market’s standards.

While CMM machines are already a symbol of innovation, this technology is still growing and moving forward, and the evolution of the CMM machine is already underway. Known as Industry 4.0, the next phase of automation may be in its early stages but it is already achieving some wonderful results, and seems poised to transform manufacturing all over again.

CMM machines loaded with software like PolyWorks can in effect communicate with other machinery down along the production line. For example, if a CMM machine with PolyWorks detects a flaw in a part resulting from machine wear and tear, the machines further down the assembly line will know instantly.

Before, CMM machines helped save time by recognizing a part was flawed, but now it can identify the cause of the problems and relieves employees of the need to waste time figuring out what went wrong. Today’s automation mitigates the cost of equipment failure by allowing employees to spend their time where they’re most productive, rather than just assessing what went wrong.

The competitiveness of business never slows down, and manufacturers need to stay at least one step ahead at all times. The best way to make sure you’re ready for what’s around the bend is to get the machine that has already helped companies adapt to global challenges — as they come to play an even larger role in the future, hopefully CMM machines will stop being the unsung hero of manufacturing and finally get the recognition they deserve.