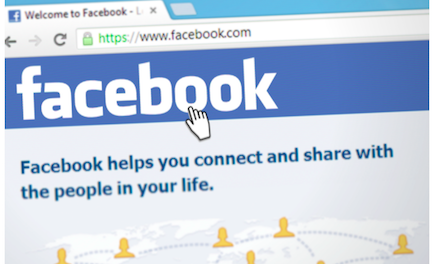 Since the Electoral College confirmed the election of Donald Trump as the next POTUS, the outgoing administration has raised both eyebrows and ire with its incredulous behavior on all fronts during the lame duck period. Before considering the litany of actions taken and their implications, it is important to take a step back and look at where we are as a  country.

No recent incident illustrates the fervent push toward societal division, bitterness, and utter insanity more accurately than the kidnapping of a special needs teenager by four young black adults (three are 18 and the fourth is 24) in Chicago who injured their victim physically and emotionally. The teens broadcast the horrendous crime on Facebook Live and the video is filled with curses leveled at Donald Trump and white people in  general.

While this event is significantly telling in its own right, the reaction it prompted was equally eye-catching and stomach-churning even for those who still aren’t fully aware of and awake to the manipulation and corruption of the obsolete media and this administration. White House Press Secretary Josh Earnest was asked about the kidnapping at a press conference, and while he did state that the level of depravity in the video was “an outrage to a lot of Americans” (not all Americans are outraged by the kidnapping of a special needs teenager who was then cut to his scalp and forced to drink toilet water?), he also said that it was too early to tell if this was a hate crime. Ironically, around the time Earnest spoke to the press the perpetrators were charged with committing a hate crime in addition to aggravated kidnapping, aggravated unlawful restraint, aggravated battery with a deadly weapon, and residential  burglary.

Before the Chicago Police brought this litany of charges they stated that the reason for the incident was not because of the victim’s race but because of his special needs. Why make such a statement as a desperate attempt to avoid the issue when it digs an even deeper hole and when not commenting was an option? When the hashtag #BLMKidnapping began trending on Twitter, the censorship and manipulation automatically kicked in. The dead giveaway that Twitter was directly involved was the reported appearance of an auto-fill suggested hashtag #BLMKinapping intended to misdirect attention away from the primary hashtag. CNN went so far as to excuse the video as being the result of “bad home training” and downplayed the hate crime  angle.

What if the perpetrators had been white and the victim black? Organized protests. Screams of hate crimes from all obsolete media outlets. Condemnation from the White House. Standard operating procedure. An unsurprising and blood-boiling double    standard.

The point here is not the minor semantics and distracted debates. Our society is as divided as it has been in generations, and the schisms have been promulgated by an obsolete media that has been exposed as being in direct collusion with the Democratic Party establishment and the White House itself. This is not at all a blind accident or an unintended consequence. This is the latest in almost a decade’s worth of incidents where flames have been fanned and tensions exacerbated and provoked deliberately at every  turn.

The only solution begins with Americans en masse rejecting the obsolete media, their agenda, their fake narratives, their tactics of division, and their ubiquitous corruption. This will also require the rebuilding of our economy, the restoration of our education system, the resurrection of the nuclear family, and other far reaching spiritual, social, and political objectives. However, the most immediate impact will be made by the continuing exodus of citizens from the obsolete Orwellian media outlets to the independent truth  media.

Meanwhile, with a couple weeks to go before the inauguration of Donald Trump, the current administration is working at a fevered pitch to secure its “legacy”. They deliberately allow the UN to pass a resolution that divides Israel. They continue to provoke Russia at every turn with special forces troop deployments to Russia’s borders. They trot out James Clapper, whose claim to fame is lying to Congress about NSA surveillance, to blame Russia for hacking the elections without providing one scintilla of actual evidence. They proceed with regulation writing and land grabbing. They incessantly push the fake news narrative even as the media outlets used to push it are exposed on a weekly if not daily basis by having to retract false stories where no real journalism is conducted – the Washington Post being the primary  culprit.

They lost. They hate losing. Their mindset is that if they can’t have power then they will poison the well. They are childish narcissists and clinical psychopaths. Despite the stated intention of having a smooth transition of power, the current environment is as rocky as perhaps any other in American history. The deliberate and obvious sabotage and lies will hopefully come to an end before the month is out, but unfortunately there will be some serious residual effects and implications in the form of apparently intractable societal, economic, and cultural  problems.

The current state of the union aside, we must push ahead with practical solutions and a message of truth and hope. Now is the time to unite by seeking and speaking the truth in order to circumvent and supplant the temper tantrum being thrown by establishment elites. Their tactics over the past year have endlessly backfired – Trump’s election being the ultimate exemplar – and they will continue to do so. This is 2017 in America and it’s time for us to decide what we kind of nation we will leave for our children and  grandchildren.

Now is the time. Right  now.