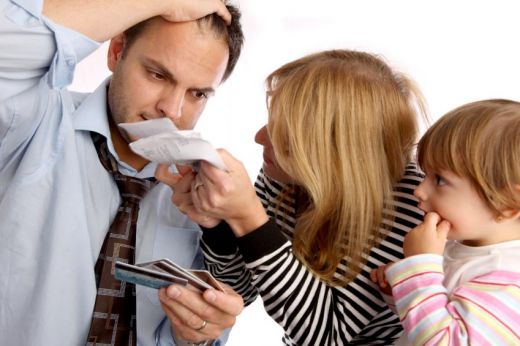 The Consumer Reports Index, an overall measure of Americans' personal financial health, found that Americans reported a sharp rise in financial difficulties and a weaker view of their overall financial health in the past 30 days.

The Consumer Reports Index's trouble tracker climbed to 46.0 in August from 34.7 the prior month. This significant rise was driven by a surge in financial troubles among lower-income consumers (households earning $50,000 or less) and Americans with a high school education or less. The trouble tracker measure addresses both the proportion of consumers that have faced difficulties as well as the number of hurdles they have encountered.  Affluent and college-educated consumers showed little change in the amount of financial trouble they faced in the past 30 days.

Lower-income households continue to be disproportionately affected by the economy's crawling recovery. Twenty-seven percent of them reported they were unable to afford medical bills or medications in the past 30 days—that's 11 percentage points higher than the national average. Missed bill payments and lost or reduced healthcare coverage also remain among the most prevalently reported financial troubles overall.

The Consumer Reports Index's sentiment measure dropped into negative territory for the first time in five months, falling to 48.6 from 50.8 the prior month. After three straight months of decline, sentiment is at its lowest level since October 2012. The greatest decline in sentiment was also among lower-income households and those that have a high school education or less.

“The economy is staggering along. This recovery remains the weakest since World War II. Uncertainty hangs over the lower-income consumers like a veil of smoke fed by the lackluster recovery in jobs,” said Ed Farrell, director of consumer insight at Consumer Reports.

The Consumer Reports Index's employment measure moved into positive territory, with more Americans reporting that they started a job than one in the past 30 days. The employment measure's September position, however, was driven by a decline in job losses rather than fundamental job growth and new opportunity.

The Consumer Reports Index's retail measure was a mixed bag. Perhaps driven by back to school and college shopping, there was a slight rise in past 30-day activity to 8.9 from 8.1 a month earlier. Looking in detail at the categories comprising the  measure,  the  month-over-month gain  was driven  by improvements in major home electronics, small appliances and personal electronics. There are, however, indications that the consumer may pull back in the coming months, as this momentum did not carry over to planned spending for the next 30 days, which was down versus the prior month as well as from one year ago.