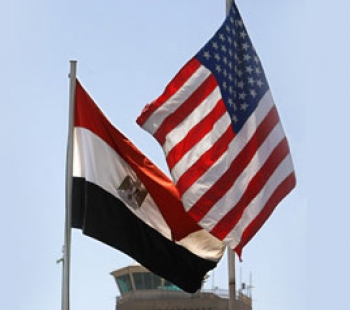 Since its inception in 1928, the Muslim Brotherhood has engaged in bloody Jihad against people of all faiths, and even against Muslims who don’t believe in their brand of Islam.  When they announced that they abandoned violence, it was just a tactical maneuver to gain acceptance that would enable them to reach their goals.

After their power grab in Egypt following the revolution, their desire to achieve their own agenda made them blind to Egypt’s pressing problems, leading the country to the verge of bankruptcy.  Twenty-two million Egyptians signed a “Rebel petition” demanding changes.  Then, when they saw no action, over 33 million Egyptians took to the streets demanding the ousting of President Morsi. The Armed forces had to side with the will of the people and removed him from office.

Thereafter, the Muslim Brotherhood staged sit-ins, occupying two locations in Cairo; Rabaa and Nahda.  During their sit-ins which lasted about a month and half, the Brotherhood committed all kinds of atrocities, including torture and murder. They blocked major traffic and made life unbearable for the inhabitants of buildings in the areas.  They used adjacent streets as toilets, causing health hazards.  They stockpiled heavy weapons and large amounts of ammunition. After giving them several warnings, the police finally decided to disperse them with the use of non-lethal force. This is no different than our government dispersing the Wall Street Protesters.

The days that followed have been chaotic.  The Brotherhood has attacked countless government offices. Thus far across Egypt 32 churches have been completely burned, 19 churches have been damaged, 5 Christian schools and 7 church-related buildings were destroyed, along with 190 homes, businesses, hotels and pharmacies owned by Christians.

President Obama: The response of the American administration has been disappointing.  Trying to lay the blame on both sides, as if they were equally responsible is unfair.  Neutrality sometimes can amount to a blatant aggression. We expect you to side with the victims and the overwhelming majority of the Egyptian people and to condemn the aggressors. Thank you.