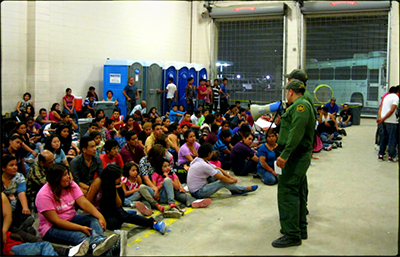 Many have argued that the real challenge facing Texas senior Senator John Cornyn (R-TX) was his primary race because of the state’s overwhelming Republican population.  He had a challenge because of his growing reputation as a liberal Republican.  He ran a campaign as “true conservative” but that appears to have changed now that he has secured the nomination, as seen in his pro-illegal immigrant bill joint sponsored with Henry Cuellar  (D-TX).

A new analysis of the Helping Unaccompanied Minors and Alleviating National Emergency (HUMANE) Act by the Center for Immigration Studies finds the legislation to be poorly crafted and highly deceptive. Introduced by Senator John Cornyn (R-Texas) and Rep. Henry Cuellar (D-Texas), the stated purpose is to amend the Trafficking Victims Protection Reauthorization Act (TVPRA), or Wilberforce Act. The Obama administration maintains that the TVPRA mandates lengthy and cumbersome deportation proceedings for all Central American unaccompanied alien children (UAC), and must be changed to address the surge of new  arrivals.

The HUMANE Act indeed provides accelerated processing for UAC from Central America – but the proposed new process is far more lenient than current law provides, and it would also be expanded to cover illegal juvenile crossers from Mexico, which would likely motivate an even larger flow of illegal  migrants.

View the full report at:  http://www.cis.org/analyzing-humane-act

“Much like the massive 2013 Schumer-Rubio amnesty bill, the HUMANE Act appears tough up front, but beware,” said Dan Cadman, a fellow with the Center and the report’s author. “The fine print reveals that this so-called cure for a few bugs in the Wilberforce Act is worse than the original bill. It would not help address this surge, but instead spark a new wave of juvenile illegal  crossers.”