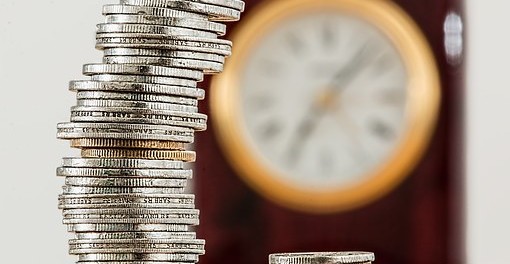 By Milliman, Inc., Special for  USDR

Milliman, Inc., a premier global consulting and actuarial firm, today released the results of its latest Pension Funding Index (PFI), which analyzes the 100 largest U.S. corporate pension plans. In August, the funded status of these plans fell by $17 billion – the largest loss year-to-date – due to a decrease in the benchmark corporate bond interest rates used to value pension liabilities. The Milliman 100 PFI plans saw their deficit swell from $281 billion as of July 31 to $298 billion at the end of August. The funded ratio dropped from 83.8% to 83.0% over the same time period, and is now below where it was at the beginning of 2017 for the first time this  year.

“The funded ratio for the Milliman 100 plans continues to teeter up and down during 2017, and now we find it below the mark set at the beginning of the year,” said Zorast Wadia, co-author of the Milliman 100 PFI. “It will be interesting to see how discount rates will change over the next few months and how the potential release of updated mortality tables will affect pension contributions and funded status going  forward.”

About  Milliman
Milliman is among the world’s largest providers of actuarial and related products and services. The firm has consulting practices in healthcare, property & casualty insurance, life insurance and financial services, and employee benefits. Founded in 1947, Milliman is an independent firm with offices in major cities around the globe.  For further information, visit  milliman.com.

About the Milliman Pension Funding  Study
For the past 17 years, Milliman has conducted an annual study of the 100 largest defined benefit pension plans sponsored by U.S. public companies. The results of the Milliman 2017 Pension Funding Study are based on the pension plan accounting information disclosed in the footnotes to the companies’ annual reports for the 2016 fiscal year and for previous fiscal years. These figures represent the GAAP accounting information that public companies are required to report under Financial Accounting Standards Board Accounting Standards Codification Subtopics 715-20, 715-30, and 715-60. In addition to providing the financial information on the funded status of their U.S. qualified pension plans, the footnotes may also include figures for the companies’ nonqualified and foreign plans, both of which are often unfunded or subject to different funding standards from those for U.S. qualified pension plans. The information, data, and footnotes do not represent the funded status of the companies’ U.S. qualified pension plans under  ERISA.