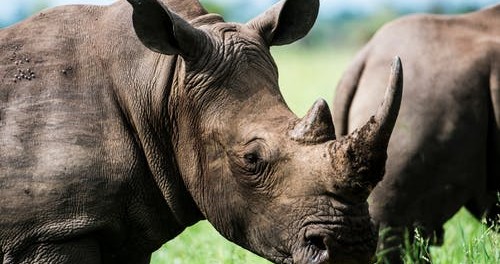 Africa is arguably one of the most unique and diverse locations in the world, and one that is home to a number of nations that offer tangible benefits to travellers, a far cry from the hustle and bustle of LA.

Take Namibia, for example, which despite having a population of just 2.3 million has become a major tourist attraction in the eyes of many adventure seekers.

Namibia is certainly home to a large number of tremendous experiences that are there to be indulged, thanks primarily to its unique species of wildlife, its diverse terrain and a number of educational museums.

In this post, we’ll look at a few of the most rewarding experiences and days out in Namibia, so that you can plan your trip properly before booking one of the many great Namibia safari holidays from www.africaodssey.com.

It’s sad to say that the rhinoceros remains an endangered species in many regions, including areas in Africa where the animals are threatened.

However, visitors to Namibia can see some of the world’s last remaining rhinoceros roam free in their natural habitat, against the backdrop of the Namib Desert and similarly idyllic wilderness locations.

Incredibly, these beautiful creatures thrive in one of the harshest environments on the planet, while safar-i goers can view these first hand whether they visit by truck, on foot or by air.

The Desert Rhino Camp even allows you to seek out coveted black rhinos, which represents a once-in-a-lifetime experience for any traveller.

Interestingly, Namibia is home to the world’s oldest and harshest desert, namely the Swakopmund.

Not only is this a bleak, parched and sun-kissed wilderness, but it also serves as a superb location for sandboarders and anyone with a penchant for excitement and high-octane adventure.

In fact, sandboarding has become something of a national pastime in Namibia, with the spiralling dunes and vast desert landscape offering a blank canvas for travellers.

Even if you don’t want to beat the existing Guiness World Record in speed sandboarding (which currently stands at 57 mph), you can simply visit the Swakopmund and bask in the glory of Namibia’s stunning coastline.

As Namibia has evolved and become a keen tourist attraction, so too we’ve seen several educational and interactive learning experiences emerge for both adults and children alike.

This is embodied by the Living Culture Museums, which offer a detailed insight into the nation’s history while simultaneously enabling travellers to meet local Namibian villagers from an array of different ethnic groups and cultures.

At the same time, you’ll learn how locals track wildlife, hunt and create traditional crafts, bearing their culture for all to see and learn from.

The Living Museum is a particularly popular location, and one that educates visitors while also fighting hard against poverty, preserving traditional local cultures and ultimately creating a sustainable intercultural exchange.

This can provide the ideal contrast for any outdoors safari experience, and one that is extremely fulfilling if you’re a fan of educational travel.