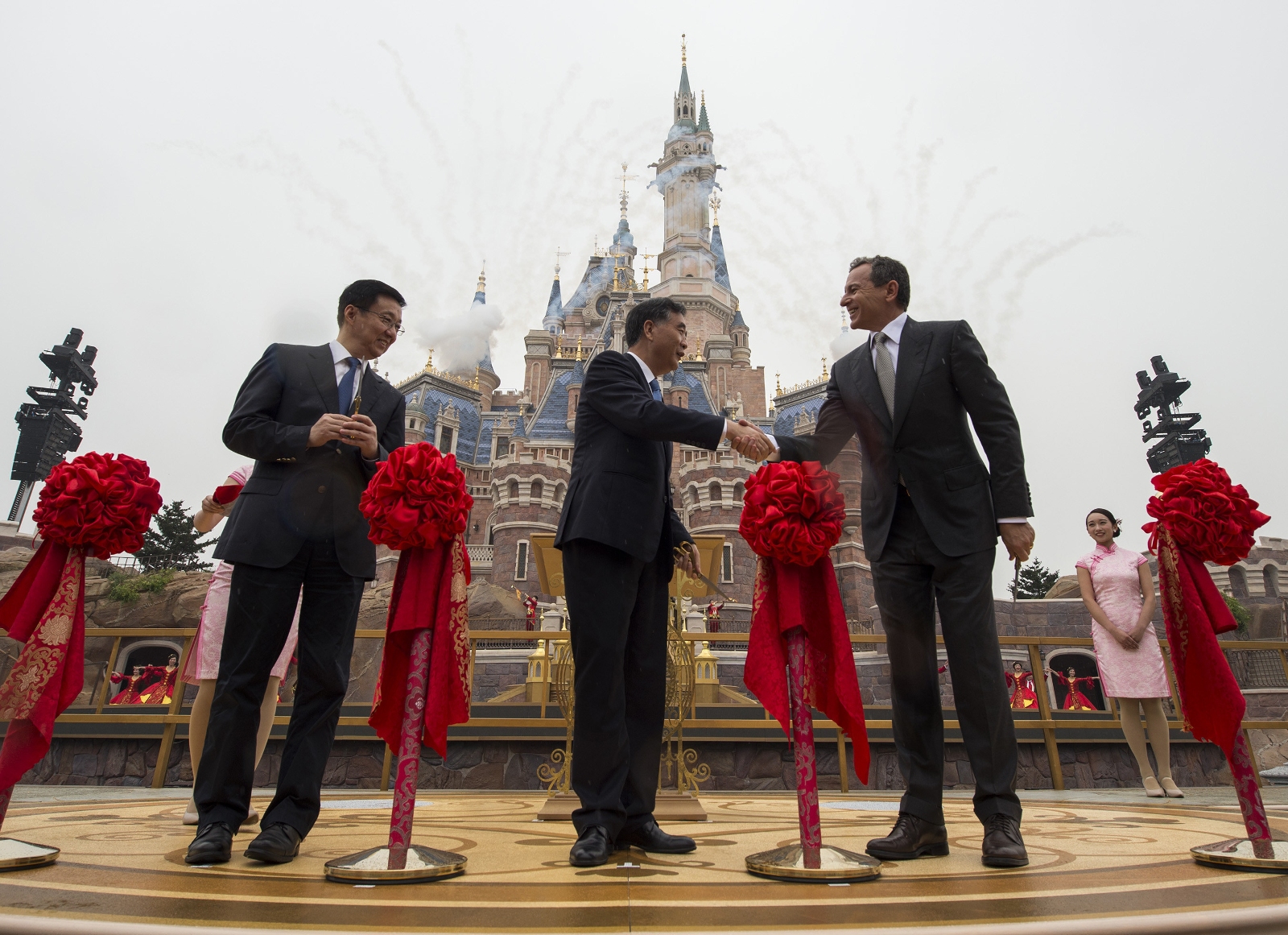 By Walt Disney Parks and Resorts, Special for  USDR

Shanghai Disney Resort, the first Disney resort in Mainland China and the sixth worldwide, celebrated its historic Grand Opening today, culminating one of Disney’s most ambitious projects ever. The wonder and imagination of Disney greeted the people of China in magical new ways as the gates opened to Shanghai Disneyland, a theme park like no other with the biggest, tallest castle in any Disney park, the first pirate-themed land and Disney’s most technologically advanced park to  date. 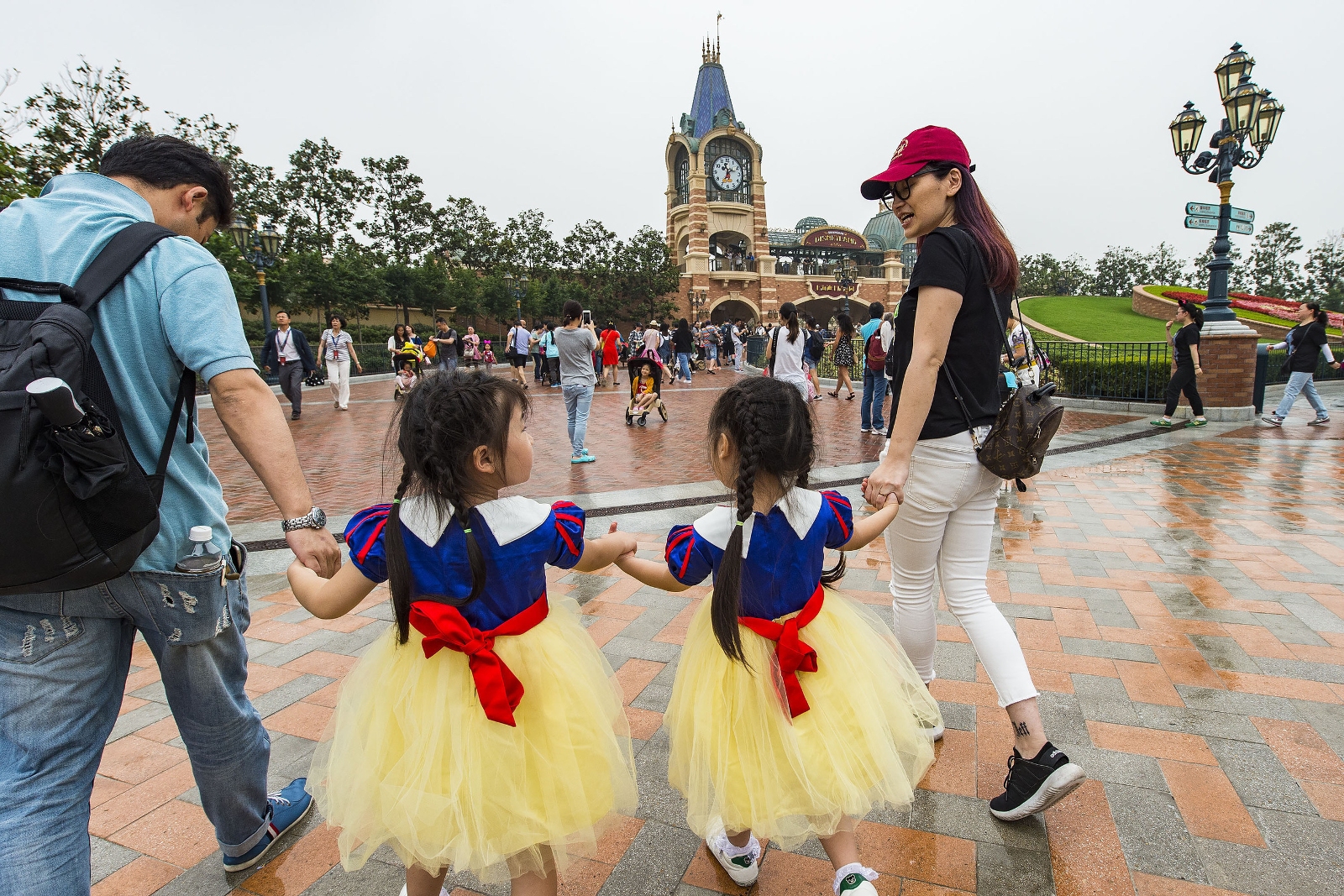 Bob Iger, chairman and chief executive officer, The Walt Disney Company, celebrated the opening of the one-of-a-kind vacation destination with thousands of distinguished guests, celebrities and Chinese officials. Shanghai Disney Resort reflects Disney’s 60-year history of innovation, creativity and storytelling, in a way that is authentically Disney and distinctly  Chinese.

“The grand opening of Shanghai Disney Resort is a celebration of creativity and collaboration, a triumph of imagination and innovation, and a testament to the strong partnership between Disney and China,” Iger said. “Together we have created an extraordinary destination, a magical place unique in all the world, where East meets West, the past meets the future, and anything is possible for those who believe. It is our sincere hope that this spectacular place will inspire wonder and create joy for the people of China for generations to  come.”

Honoring the Disney-Chinese partnership that created this resort, Iger and Chinese officials cut a red-and-gold ribbon to dedicate Shanghai Disneyland, the resort’s magnificent theme park. Joining Iger were Wang Yang, CPC Politburo Member and State Council Vice Premier, and Han Zheng, CPC Politburo Member and Party Secretary of Shanghai. Iger also shared a greeting similar to the one Walt Disney said on opening day for the original Disneyland, in 1955: “To all who come to this happy place,  welcome.”

Disney developed the Resort in a joint venture with Shendi Group. Fan Xiping, m Shendi Group chairman, said in a statement: “After five years of joint efforts, partners from both China and the United States have created magic together. In the process of combining global standards and local best practices, we integrated with each other and established mutual trust and effective communication. The young team has learned and grown in the process, bringing into full play its role as the local guide. The team worked closely with Disney in the development and construction of Shanghai Disneyland and the resort, jointly building the tallest and largest Disney castle in the world, and providing quality services to our guests. The team members’ dedication and commitment make it an unforgettable chapter in their  lives.”

The Grand Opening ceremony marked the moment with music, pageantry and a stream of Disney characters, from Mickey Mouse and Snow White to Baymax and Jack Sparrow, in front of the iconic Enchanted Storybook Castle. A multi-generational choir performed a unique version of the Disney song, “When You Wish Upon a Star,” arranged in a Chinese style to reflect the balance of Disney magic and China’s cultural spirit at Shanghai Disney Resort. The ceremony also featured six performers holding enormous, brightly colored fans to represent the six lands of Shanghai  Disneyland.

Tens of thousands of guests entered Shanghai Disneyland on its Grand Opening day to explore world-class attractions and live entertainment spectaculars­—many being offered for the first time in a Disney theme park. Thousands more guests visited the resort’s Wishing Star Park recreational area and Disneytown, a vibrant retail, dining and shopping district that is home to the Walt Disney Grand Theatre, where guests may experience the first Mandarin production of Disney’s musical hit THE LION KING. Those areas, along with two imaginatively themed Disney hotels, offer guests a complete vacation destination with something for everyone—young and old, girls and boys, families and multi-generational  guests.

Shanghai Disney Resort Offers Something for  Everyone

Shanghai Disney Resort offers a range of magical experiences, from thrilling adventures and original entertainment to themed food and beverages, beautifully landscaped gardens and novel places for guests to play, relax and  dream.

The six themed lands of Shanghai Disneyland invite guests to step into new worlds of imagination and fantasy. Adventure Isle immerses guests in a newly discovered lost world. The Gardens of Imagination celebrates the wonders of nature and joy of imagination with whimsical décor and interactive spaces. Mickey Avenue is the first main entry at a Disney theme park that’s inspired by the colorful personalities of Mickey Mouse and his pals. Tomorrowland is a place of limitless possibilities, where the promise of tomorrow looks brighter than ever. Treasure Cove is the first pirate-themed land in a Disney park, a place to join the adventures of Captain Jack Sparrow and Davy Jones. The largest of all the lands, Fantasyland, is inspired by Disney’s animated films and home to the majestic Enchanted Storybook Castle—the tallest, largest and most interactive Disney castle in the  world.

Adjacent to the theme park is Disneytown, which features approximately 50 international shopping and dining locations in five unique areas. The World of Disney Store, the first in Asia, offers a comprehensive collection of Disney merchandise, with products designed especially for Shanghai Disney Resort and the Grand Opening. The lavish Walt Disney Grand Theatre, also in Disneytown, is now playing the Mandarin premiere of Disney’s hit musical, THE LION KING, a separately ticketed  event.

Near the hotels and Disneytown is Wishing Star Park, which offers guests the opportunity to enjoy peaceful greenery, a 2.5 kilometer walking path and a glittering lake, with approximately 500,000 square meters open to the  public.

Incorporating unique characteristics that Chinese guests will recognize and appreciate, Shanghai Disney Resort offers a distinctive Disney experience that reflects the beauty and unique identity of today’s China—from traditional regional dining cuisine and Chinese acrobatic performances, to the Shikumen architecture at Disneytown and Chinese Zodiac designs in Garden of the Twelve  Friends.

Shanghai Disney Resort is a world-class family entertainment destination, imagined and created especially for the people ofChina. Ideal for multiple-day visits, the resort consists of Shanghai Disneyland, a theme park with magical experiences for guests of all ages; two richly themed hotels; Disneytown, an international shopping, dining and entertainment district; and Wishing Star Park, a recreational area with peaceful gardens and a glittering lake. The resort’s hotels are the elegant, 420- room Shanghai Disneyland Hotel and the playful, 800-room Toy Story  Hotel.