The Mineta National Transit Research Consortium (transweb.sjsu.edu/mntrc) has released a peer-reviewed research report, What Do Americans Think about Federal Tax Options to Support Public Transit, Highways, and Local Streets and Roads? Results from Year 3 of a National Survey. The report was conducted by the Mineta Transportation Institute. It summarizes the results of a national random-digit-dial public opinion poll that asked 1,519 respondents if they would support various tax options for raising federal transportation revenues. Special focus was placed on understanding what would motivate people to support increased revenues for public transit. The study authors were Asha Weinstein Agrawal, PhD, Hilary Nixon, PhD, and Vinay Murthy. The free 88-page report is available for download at transweb.sjsu.edu/project/1128.html 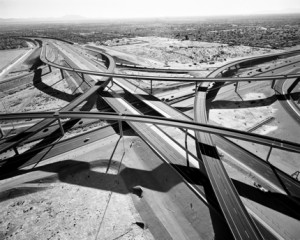 “Over several decades, the transportation revenues from state and federal fuel taxes have fallen significantly, especially in terms of inflation-adjusted dollars per mile traveled,” said Dr. Agrawal. “At the same time, the transportation system requires critical and expensive upgrades. This dilemma means that the U.S. must dramatically lower its goals for system preservation and enhancement, or new revenues must be raised. If the latter is to happen, legislators must be convinced that increasing taxes or fees is politically feasible. When legislators decide whether to raise new revenues, they must consider likely public support for – or opposition to – raising different kinds of taxes. This report helps them understand public sentiment.”

The survey results show that:

In addition, the survey collected data on standard socio-demographic factors, travel behavior (public transit use, annual miles driven, and vehicle fuel efficiency), and attitudinal data about how respondents view the quality of their local transportation system and their priorities for government spending on transportation in their state. All of this information was used to assess support levels for the tax options among different population subgroups.

Free copies can be downloaded from transweb.sjsu.edu/project/1128.html

Vinay Murthy is an independent researcher who has worked for several academic and nonprofit research programs, including the Survey + Policy Research Institute and the Urban Strategies Council. His research interests in transportation policy and planning include the relationships among transportation infrastructure, housing affordability, and local economic resiliency. He has a BA from the University of California, Berkeley in American studies and a Master of Urban Planning from San Jose State University.