By BeautifulPeople.com, Special for US Daily Review.

BeautifulPeople.com, the dating website exclusively for good-looking people, put Samantha Brick – the reluctant beauty who made sweeping claims about how difficult her life is as an attractive person – through the site’s democratic rating process to discover if she truly is a beauty.

22 hours into the 48 hour rating period and after over 5400 votes cast, it’s not faring well for Samantha Brick.  Samantha has received a vast majority of unfavorable votes and is on her way to joining the over 6 million BeautifulPeople.com rejects worldwide. 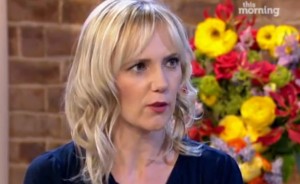 Greg Hodge, Managing Director of BeautifulPeople.com, said: “It can be a tough life of the aesthetically blessed, discrimination based on beauty is prevalent in society. Although our members do empathize with Samantha’s plight; they do not consider her as beautiful as she considers herself which the more than 5400 votes already cast clearly shows.”

Hodge continues: “You can imagine just how difficult life can be for our truly beautiful members; reverse lookism is just one of the many struggles that the beautiful people deal with on a daily basis.”

Entry to BeautifulPeople.com is only possible after passing a democratic rating process, where existing members of the opposite sex vote on new applicants based on photographs and a brief profile submitted by new applicants.

The community only allows opposite sex voting, as it was quickly realized on first launching the site in 2002, that members voting on same sex applicants would vote strategically and vote other beautiful applicants out. This strategic voting was most prevalent amongst the women. The dating world is said to be fiercely competitive – nowhere more so than amongst the beautiful people. Samantha need not worry about this however, as she has been voted solely by male members, however in this case it has not helped.