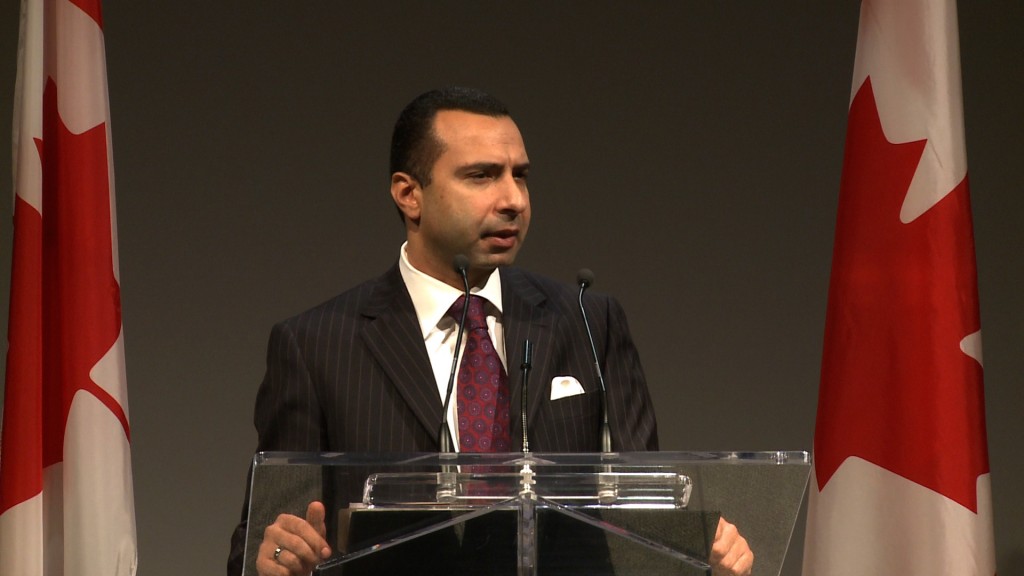 Egyptian-born human rights leader and One Free World International founder Majed El Shafie made a return appearance on the Mike Huckabee Show on Tuesday, to discuss the crisis in Egypt. In the past week, El Shafie has making the media rounds, including TheBlaze TV’s Glenn Beck, Sun News Network’s The Arena with Michael Coren and The Source with Ezra Levant, and national talk radio leader Laura Ingraham.

“This American President is repeating the same mistakes,” said El Shafie on Tuesday’s edition of the Mike Huckabee Show. “Governor, if I may say loud and clear, the Americans supported Osama Bin Laden during the Afghanistan war with the Soviets and he turned against them. They supported Sadaam Hussein during the Iranian war and he turned against them. They supported the rebels in Libya, killed their American ambassador three months later. Now President Obama is supporting Muslim Brotherhood, supporting the rebels in Syria, and what’s the definition of insanity? Repeating the same action and expecting different outcome.”

In July, El Shafie received international attention for an editorial titled, “The Case for Egypt.” Today, with the crisis in Egypt escalating, El Shafie has posted “The Case for Egypt, Part II,” wherein he criticizes the sloppy media coverage, questions the intentions of the American administration, and warns that the Muslim Brotherhood’s battle “is not an attack on Christianity, but rather an attack on the Egyptian society as a whole.”

It’s not the first time that El Shafie has been critical of the policies of the American administration. And he has a unique voice, having once been arrested, tortured, and sentenced to die in Egypt for defending human rights and fighting for freedom of religion and the rights of minorities. El Shafie’s dramatic story, which has been covered by media outlets worldwide including CBN News, is told in shocking detail in his new book, FREEDOM FIGHTER: One Man’s Fight for One Free World (Destiny Image). This is the true story of his continuing fight for a world free of religious persecution. The book is a companion to the award-winning human rights documentary, FREEDOM FIGHTER, now available on DVD from Destiny Image Films. View the official trailer here: http://www.freedomfighterdvd.com.