Investments in Germany increased at an unprecedented rate last year, according to a new report by Ernst & Young. Despite the ongoing euro crisis, foreign direct investment projects jumped nearly 7 percent. At the same time, 43 percent more jobs were created than in the previous year and 60 percent of international managers expect Germany’s attractiveness to further increase. 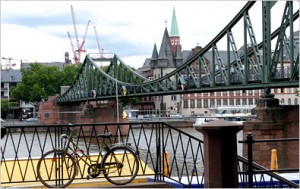 “This survey confirms what we have been hearing from investors. Our outstanding infrastructure, qualified workforce and stability make Germany one of the top global destinations for foreign investment. Industries like the automotive industry, renewable energy and IT are strengthening Germany’s attractiveness worldwide,” stated Juergen Friedrich, Chief Executive of Germany Trade & Invest in Berlin.

Germany once again topped the European rankings among companies surveyed and further improved its profile as a global player. According to Ernst & Young, Germany’s most important competitors in the race to attract FDI are no longer its European neighbors, rather the USA and China.

The Ernst & Young “Business Location Germany 2012” survey, a poll of 840 international companies, underscores Germany’s standing as an innovative business location as well: 40 percent consider R&D and innovation capacity as outstanding qualities of Germany. The country’s labor costs, lack of flexibility in labor laws and corporate taxes were targets of criticism. However even these factors received more positive than negative appraisals among managers.

Dark Clouds on the Horizon?

Despite Germany’s safe haven status for investors, an ongoing euro crisis and global slowdown could also have profound effects. While German exports have gained a foothold in the BRICS, 59 percent of exports remain destined for the European Union. A slowdown in China and Brazil and the slowed recovery in the USA could compound the euro situation, according to Germany Trade & Invest experts. Despite these looming concerns, 91 percent of international investors surveyed by Ernst & Young expressed confidence that Germany will overcome the current crisis.