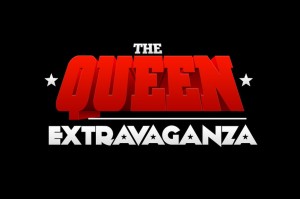 Over the course of the past 10 weeks, vocalists, guitarists, drummers, bassists and keyboard players from across the U.S. and Canada have auditioned online at www.queenextravaganza.com , hoping to become part of “The Queen Extravaganza Tour,” a major production launching in 2012 featuring performances of Queen’s biggest hits. The contestants performed such Queen classics as “Killer Queen,” “Somebody To Love,” “Bohemian Rhapsody,” and “Another One Bites The Dust,” among others. Fans had until November 28th to vote to determine the 21 finalists (6 vocalists, 6 guitarists, 3 drummers, 3 bassists and 3 keyboard players with Taylor picking an additional five wildcard finalists).  The full list of finalists is available at www.queenextravaganza.com .  These 26 hopefuls will be flown to Los Angeles to meet Taylor and perform their final audition live on December 5th at Foo Fighters’ Studio 606 West. Auditions and interviews with Taylor and the finalists will post throughout the day at www.queenextravaganza.com .

“I look forward to the final auditions with these 26 young musicians,” said Taylor. “It’s going to be a long and difficult day, but the end of the first stage of the long and exciting road to the opening of The Queen Extravaganza.”

The buzz surrounding “The Queen Extravaganza Tour” has sparked worldwide interest with video submissions generating millions of views to date. Television host Ellen DeGeneres was so impressed with the level of talent, that she invited hopeful Marc Martel to perform his audition, a stunning rendition of Queen’s “Somebody To Love,” on her show.  Fans around the country felt the same way, awarding Martel the MTV O Award for Best Fan Cover. His performance from The Ellen DeGeneres Show can be viewed at: http://ellen.warnerbros.com/2011/10/marc_martel_performs_somebody_to_love_1003.php

Launching in 2012, “The Queen Extravaganza Tour” will feature three vocalists and a five-piece band and will be booked by powerhouse agency CAA. Taylor is fully hands-on, taking the role of producer and music director.

The 26 finalist are as follows: