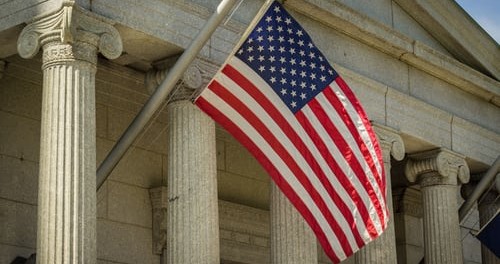 INTERVIEW ON THE PRICE OF BUSINESS SHOW, MEDIA PARTNER OF THIS SITE.
On a recent Price of Business show, Host Kevin Price visited with former Congressman Steve Stockman (R-TX).
Stockman received a ten year prison sentence and served 3 years before being freed. It was a case in which the feds tried to sell a case to grand juries and they rejected it numerous times before they got one. The government then spent tens of millions of dollars to put him in jail.  In this interview he talks his conviction, his commutation, and why it is imperative that he receive a pardon.
According to the site that was created to defend him:

“Steve Stockman has twice been elected to the U.S. House of Representatives from the state of Texas – first in 1994 when he unseated 42-year incumbent Democrat Jack Brooks; second in 2012. Both times, Steve went to Congress with vision of limited government, strong support for American families, and a robust national defense.

“Not one to shy away from controversial issues, Steve was a vocal opponent of agendas of the Clinton and Obama administrations.  Making the Drudge Report more often than any House colleague, here are a few of his bold actions and stances from 2013-2014: