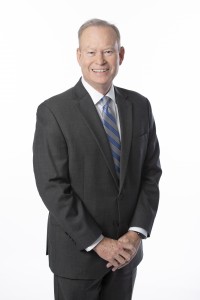 On a recent Price of Business show, Host Kevin Price interviewed former Oklahoma City Mayor Mick Cornett on the value of Opportunity Zones
According to a statement, “Cities across America that have been hit the hardest due to COVID-19 will need support and investment. RevOZ Capital launched a new Social Impact Initiative with a commitment to invest $1 Billion in Opportunity Zone projects over the next three years. In the wake of COVID-19, as the country looks to ‘Build Back Better,’ RevOZ has developed a new Social Impact Initiative to better focus its work on catalyzing transformative, inclusive, and equitable economic development in overlooked urban centers across the country.

“Mick Cornett is one of two mayors who serve along with two former professional athletes turned entrepreneurs and multiple multidisciplinary leaders with deep community, government, and business expertise.

“The council’s purpose is to ensure RevOz integrates an impact mindset in all facets of its work and $1B investment focusing on strategy, governance, due diligence, partnerships, community engagement, impact measurement.”

“Bio: Mick Cornett was the mayor of Oklahoma City from 2004-2018. He was the city’s first mayor to be elected to four terms. Named in 2018 to Fortune Magazine’s list of the 50 Greatest Leaders in the World, Cornett left office with Oklahoma City, producing 100,000 new jobs and over 9,600 new businesses. While in office, Cornett also secured Oklahoma City’s first major league sports team, the Oklahoma City Thunder, and the passage of a $777 million quality-of-life infrastructure program. Mick served as President of The United States Conference of Mayors between 2016-2017 and served as national President of the Republican Mayors and Local Officials (RMLO). Before public service, Cornett spent 20 years as a television sportscaster, news anchor, and broadcaster. His latest book, The Next American City, was published by Penguin/Random House in 2019. He now spends his time traveling to speak on his book and consulting for a diverse group of businesses. Mick holds a B.A. in Journalism from the University of Oklahoma and an MBA from New York University.”