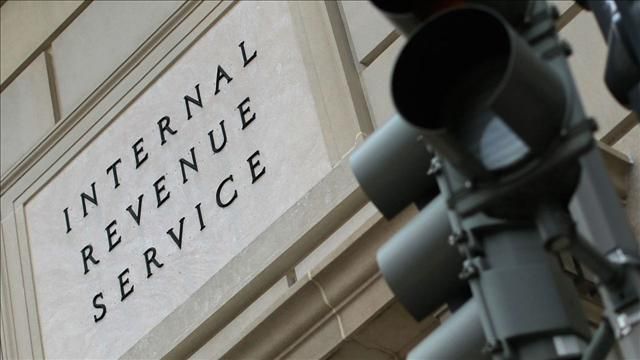 The American Center for Law and Justice (ACLJ), which is representing 41 organizations in a federal lawsuit challenging the IRS, said today that reports revealing the FBI has found no evidence to pursue criminal charges in its investigation of the IRS targeting scheme against conservative groups clearly shows the probe is nothing more than a “sham” designed to protect those responsible for the unlawful scheme.

The Wall Street Journal first reported that “investigators didn’t find the kind of political bias or ‘enemy hunting’ that would amount to a violation of criminal law.” The report, citing law enforcement officials, said what did surface was “evidence of a mismanaged bureaucracy enforcing rules about tax-exemption applications it didn’t understand.”

“This proves our greatest concern – the investigation by the Obama Administration is nothing but a sham,” said Jay Sekulow, Chief Counsel of the ACLJ. “To reach a conclusion that no criminal charges will be filed against those responsible for this illegal targeting scheme without interviewing any of our clients – the real victims in this ordeal – is absolutely absurd. From day one it was apparent the Obama Administration was never really interested in getting to the truth. This latest revelation directly conflicts with the facts and evidence in our case – that our clients were deliberately singled out and targeted because of their conservative political beliefs.”

It took more than seven months before the FBI contacted the ACLJ late in December requesting interviews with several of our clients. But just days ago, the ACLJ said it is re-evaluating that request after it was revealed that a top Obama supporter in the Department of Justice was named to head-up the criminal investigation.

“The appointment of Barbara Bosserman – a major political donor – to oversee the criminal probe is a significant conflict of interest,” said Sekulow. “What’s amazing is that her short tenure at the helm – just a matter of days – apparently was long enough to conclude no criminal charges will be filed against those responsible for the targeting scheme.”

Sekulow added: “The American people understand what’s really going on here. They have seen the Obama Administration – especially the DOJ – do very little to move this investigation forward. They have seen the stonewalling, the misdirection, and now the politically motivated reasons to sweep the IRS scandal under the rug. The American people deserve better and we intend to get to the bottom of this unlawful scheme with our federal lawsuit.”

In October 2013, the ACLJ expanded its federal suit, filing a second amended lawsuit in federal court in Washington, D.C. – adding additional defendants – including top IRS political appointees – an additional claim – and evidence that reveals a politically-motivated attack on conservative organizations by the IRS – a secret and illegal targeting campaign – aimed at the organizations because of their political beliefs.

The ACLJ argues that President Obama – along with Congressional Democrats – created a climate of hostility toward Tea Party and conservative groups – making it impossible for the ACLJ’s clients to exercise their First Amendment freedoms. The ACLJ contends that the hostile climate set the stage for the unprecedented illegal targeting by the IRS.

The ACLJ represents 41 organizations in 22 states. Of the 41 groups, 22 organizations received tax-exempt status after lengthy delays, 12 are still pending, 5 withdrew applications because of frustration with the IRS process, and 2 had their files closed by the IRS after refusing to answer the unconstitutional requests for more information.

Led by Chief Counsel Jay Sekulow, the American Center for Law and Justice (ACLJ), focusing on constitutional law, is based inWashington, D.C. and is online at www.aclj.org.