By Dirt.com, Special for US Daily Review.

The Dirt.com editors say the winner was easy to select. However, the next four weren’t as easy.
Dirt.com is rapidly becoming a leading worldwide entertainment media brand. Dirt.com covers 30,000 celebrities and has access to the World’s Largest Database of Celebrity Photos. Team Dirt’s Dirtarazzi and Dirt Reporters report on world breaking stories and scandal from Hollywood, L.A. , Malibu, New York, Miami, St. Tropez, St Bartes, Paris, Rio, and London.
Shari Rock, Dirt’s spokesperson says, “The people at Dirt selected Kristi Noem as the #1 Sexiest Congresswoman on capital hill. After perusing through the photos and videos of our elected officials, it is clear that the men in the office couldn’t get enough of Kristi. She is smoking hot, and looks like she could be walking the runway as a Victoria Secret Model. And yes, we would love to see that. Rock says, “We really don’t know much about her politics, and we really don’t care. We are just happy that we have a totally hot woman representing us on Capital Hill.”

AND THE NUMBER ONE SEXIEST CONGRESSWOMAN ON CAPITAL HILL 2012 IS…
1. Kristi Noem; South Dakota 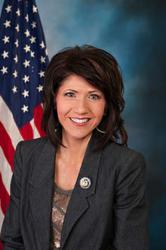 Kristi Noem is Number One. Do You Agree?

ABOUT Dirt.com:
Dirt.com has already been read by people in 178 Countries and brings a new approach to the entertainment landscape by publishing original editorial content whereby readers and writers co-exist by making the site their preferred platform for sharing opinions on News, Gossip and Entertainment. Dirt.com has been called the World’s First Citizen News And Opinion Network Dirt.com is in the business of providing digital entertainment to the masses. Dirt.com’s new DirtBlurb offers real time information about people, places and things, and empowers people’s decision making through information and online intelligence The company’s guiding mission is to become the leading provider of digital entertainment and online intelligence services. The Dirt.com DirtBlurb search platform, recently introduced in Beta, places the power of information in the hands of the consumer. The platform is committed to helping every individual use the Internet to empower themselves to be able to make informed, intelligent decisions regarding their live, the people they know, and the world around them. Dirt.com is lead by Founder and CEO Andy Jacob, and a team of experienced and successful entrepreneurs, technology gurus, and inline visionaries who believe in the power of entertainment, the power of information and power of the people. The Dirt.com team is committed and passionate about making its DirtBlurb the most widely recognized and trafficked people dirt engine on the Internet today .To learn more about the DirtBlurb , visit http://www.Dirt.com