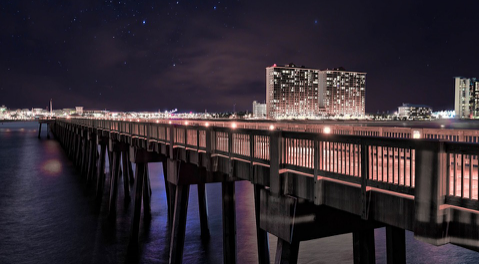 Florida is a state where the economy has been very seriously affected by the end of the housing bubble. We saw real estate prices take a significant nosedive in the years between 2006 and 2011 during the global financial crisis, with property in the state dropping in price by an average of 47%. An unprecedented number of businesses failed in the region during this time, and things began to feel pretty bleak in all aspects of the local state economy, with jobs harder to come by and living expenses on the  rise.

However, the nation as a whole has recovered since then, and Florida too is very much on the rebound in terms of its economy. Forbes listed Florida as the 12th best state for business this year, the 8th best in economic climate, and most promising of all, the best state in the USA right now for economic growth  prospects.

A State on the Rise

Florida is, in economic terms, a very good state to live in right now, and is expected to reap some of the best benefits of the USA’s general growth over the next five years. Analysts believe Florida will see the fastest income growth in America in the next five years, and will rank second in the USA for growth in employment and  population.

“All of this points to Florida being a thriving state in the short to medium term future, and this is bound to have positive effects on the real estate market.” says a specialist market analyst representing forex.com. “As business activity, employment rates and incomes rise, everybody benefits, and this is going to make Florida a highly desirable state for migration, too. We can expect to see Florida gaining working age population and increasing its wealth, which will stimulate the housing market, particularly in major cities within the  region.”

Florida has very high start-up activity, ranking second in the US for this on an index created by specialists the Kauffman Foundation. When you combine this with Florida being considered in the top 12 best states to create a business in, it is clear that a lot of the economic growth expected is likely to come from new businesses and the jobs they  create.

The state being supportive of entrepreneurs and offering a good supply of workers (it ranks 14th in the US for ease of labor supply), means it is an attractive destination for people from elsewhere in the country who want to start new ventures, and also that it is a good time for those currently living in Florida with business ideas they would like to  realize.

This is all very good news, and as far as analysis can predict, it looks like Florida is in for some very positive times between now and the early 2020s. It will be interesting to see how our economy’s actual performance matches that expected by experts at this  time.