By Sullivan Alexander, Contributor, the Price of Business Show. * Sponsored

44-yr old Peter Tourian is the founder and CEO of SYNERGY HomeCare. In the mid-90’s, Tourian worked as a Maricopa County deputy and was one of unsung heroes directly responsible for quelling the infamous “Tent City” riots. Shortly afterwards, Tourian turned in his gun and badge and took a shot at entrepreneurism instead. He launched SYNERGY staffing in the early 2000’s, serving hospitals in and around Mesa, Arizona. After receiving countless calls from families seeking help from loved ones at home, Tourian realized he was witnessing the birth of a new industry. He quickly transformed his staffing agency into an in-home senior care company.  After opening up several locations of SYNERGY HomeCare across Arizona, Tourian knew he could use his model as a national platform. The process of creating a franchise took more than two years, with Tourian using the services of a franchise attorney and International Franchise Association experts.

Describe the franchise model including (products or services offered, number of employees, location, type of customers you work with, etc.).

SYNERGY HomeCare is a national franchise of non-medical home care providers based in Gilbert, Arizona, dedicated to providing exceptional and affordable service to anyone of any age. SYNERGY HomeCare caregivers are available 365 days a year, 24 hours a day, to those in need — including seniors, expectant moms, those suffering from sports injuries and debilitating illnesses, and more. SYNERGY HomeCare currently has 143 Franchises, representing 233 territories across 36 states. The average administrative staff ranges between three to 15 employees. The number of caregivers on staff fluctuates from franchise to franchise.

Tell us about the franchise branding, both in terms of customers and franchisees.

The branding concept at SYNERGY HomeCare happened quite organically. Peter Tourian and his top franchising executives were discussing ideas on how to easily identify the company. They threw out words like, “coordinated”, “responsive, “engagement”. They realized the words formed the acronym C.A.R.E. After trademarking the concept, SYNERGY HomeCare became the only non-medical home care company with the proprietary C.A.R.E. team approach. It’s part of the company logo. Franchisees, or Franchise Partners as they are called at SYNERGY, are all well-trained on the concept. For the customers, it means they will have a customized care plan. Customers can also expect responsiveness to their needs 24/7.  SYNERGY HomeCare also thrives on customer feedback. It is for this reason the company engages an independent surveyor to conduct additional quarterly satisfaction surveys.

Briefly describe the key franchise systems that have been developed and put in place?

Tourian believes much of SYNERGY HomeCare’s success is based on the company’s support structure, which he says was built around the right people hired from the right industries. Franchise Partners not only have access to in-house resources, but a variety of outside resources as well. Tourian took nearly three years to create and test policies, procedures and systems before franchising SYNERGY HomeCare. The company offers the largest franchise support staff compared to any other home care company. In addition to regional developers, SYNERGY HomeCare offers 22 dedicated support personnel to the Franchise Partners. SYNERGY HomeCare uses web-accessed technology which includes scheduling and proprietary CRM software, a Franchisee Support Portal and a unique mini-website built for each Franchise Partner. The micro-sites are search engine optimized and make it easy for Franchise Partners to connect with social media like Facebook, LinkedIn, YouTube and Twitter. The company also created strategic partnerships to help grow each franchise, including: IFA, AARP, Private Duty Home Care Association and Fran-Vet.

What do you see as important considerations in selecting a franchisee and what is the initial investment and operating cost profile of a typical franchisee location (estimate is acceptable).

Tourian and his team look for people who have an inner drive; someone who always wanted to own their own business. In many cases, these candidates pursued opportunities after personal experiences with a loved led them to the home care industry. Many current Franchise Partners are former lawyers, engineers, accountants, hold Ph.D.’s or MBA’s. The initial investment in a SYNERGY HomeCare franchise is $45,000 franchise fee, $125,000 in capital, and a minimum net worth of $200,000-250,000.

As the franchise expands what do you see as hot button issues?

The emerging hot button issue for the in-home care industry will be finding available caregivers. By 2020, the ranks of home health and personal care aides will have swelled by more than 1.3 million—a 70 percent increase from 2010, according to the Bureau of Labor Statistics. That compares with a growth rate of 14 percent for the U.S. job market at large. The challenge will be finding the right people to supply the demand.

When you look at other franchise options available, describe why this is the next big thing both from a customer and franchisee’s point of view! 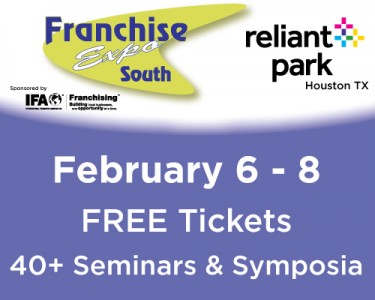 The in-home care industry is already beginning to boom, and shows no signs of slowing down. The customer base and the demand is expected to skyrocket. Here’s why: Each and every day for the next 20 years, 10,000 people turn 65. Two factors—longer life spans and aging baby boomers—will combine to double the population of Americans aged 65 years to about 72 million in the next 25 years. Add to that, the fact the recent surveys show 89% of baby boomers want to age in place (at home) rather than in an assisted living facility or a nursing home.

Sullivan Alexander is a contributor on the Price of Business Talk 1110 AM KTEK (on Bloomberg’s home in Houston), whom you can learn more about at www.contureadvisors.com.