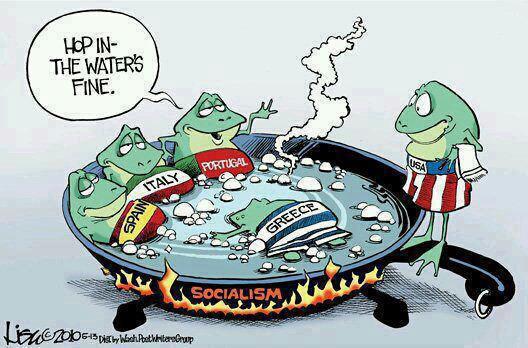 Freedom. What an elusive commodity for the bulk of the world, certainly for the larger part of the world’s history. Liberty, even more so. And what are these two precious commodities men and women have given their lives for since Adam and Eve were escorted out of the Garden of Eden?

I devoured Utah Congressional candidate, Chris Stewart’s book Seven Tipping Points That Saved the World. It triggered many thoughts in my mind, but most specifically, how truly blessed we are as Americans with the gifts of freedom and liberty. And how more importantly, how we cavalierly treat these precious gifts.

We actively have a president, and faction in this nation, determined to destroy the Republic our Founding Father’s gave us. Along with Barack Obama and his inner circle, the Democrat Party has been completely hijacked by liberals, until the only ones left are those determined to tell us what to drive, at what degree we can heat our homes, whether we can grow gardens and prepare for emergencies, what we eat, what type of business is acceptable and what isn’t, and the list goes on and on. Our freedoms are dwindling at an astonishing rate, with only a few million recognizing what is going on.

Merriam Webster defines them as:

freedom: the absence of necessity, coercion, or constraint in choice or action.

liberty: the power of choice.

Looking back at our history, we know that freedom and liberty are what drove the Revolutionary War. And since the victory, the United States of America has stood for freedom worldwide. And so I ask you this question?

Here in America we can become who we desire, given the requirement that we have the necessary talents. There is no despot telling us we must be a teacher, an athlete, a scientist, a farmer, or a rancher. No dictator deciding if we can have more than one dozen eggs for the month. No soldier dictating whether you have hot or cold water, or even if you’re electricity is on. We get to decide whether we want to be successful or not, and whether we’re willing to work for it. We also get to decide if we want to be mediocre. That is freedom.

I recall my father, who has now passed on, telling of a chance encounter one Saturday morning at the Farmers Market. Although retired, he’d quickly grown bored and began a window washing businesses with a bucket of soapy water and a squeegy. He parlayed that into a successful business that more amply provided for his family. But in discussion with a couple from Holland, he found that this was something not allowed by the Dutch government. Once you reach a certain age in the Netherlands, you are no longer allowed to work. Discussion over. That is a loss of freedom, and often one that leads to early death.

We must not suffer the fates of Greece, Spain, Italy, Britain, France, Belgium, the Netherlands, or anywhere else in Europe. We have been given the principles by which we may salvage America, and those principles are found in the U.S. Constitution.

To one who has never suffered the loss of freedom and liberty, it is difficult to explain. But I do know that it is much like a bunch of frogs treating a simmering pot like a jacuzzi. Pretty soon, it will be too late.