“Dan Liljenquist is an energetic fiscal conservative who will take a leading role in spending cuts and the repeal of ObamaCare from day one,” commented Russ Walker, National Political Director for FreedomWorks for America. 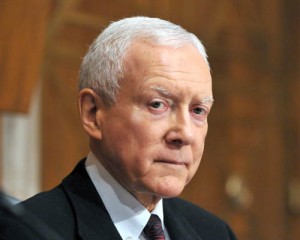 Hatch faces the fight of his political life

“We have been working with Utah conservatives since last May to elect the strongest and most consistent advocate for conservative economic policy, and Dan has proven himself to be the man for the job. He will be a great addition to support fellow Utah Senator Mike Lee expanding the conservative coalition in the Senate.”

Dan Liljenquist has a proven record of making tough reforms to achieve a leaner and more efficient government, starting with entitlement reform. Liljenquist served as the state senator chairing the Utah legislature’s retirement committee, where he crafted and passed comprehensive pension reform that eliminated pensions for legislators and prevented “double-dipping,” a scam where employees could retire temporarily to receive a pension, but return to work shortly after to receive both incomes.

“Dan Liljenquist is a legislative entrepreneur similar to Paul Ryan in the House,” Walker continued. “Dan will not just identify the problems in Washington- he has the vision and the conviction necessary to create the solutions.”

Liljenquist stands in stark contrast to six-term incumbent Senator Orrin Hatch, who voted for the precursors to ObamaCare (S. 1770 in 1993 and S-CHIP in 1997), supported TARP, and voted to establish the Department of Education, the auto bailouts, and the bailouts of mortgage giant Fannie Mae and Freddie Mac.

Senator Hatch also advocated for the appointments of liberal Supreme Court Justices Ruth Bader Ginsburg and Stephen Breyer, and to confirm Ben Bernanke as Fed Chairman, Eric Holder as Attorney General, and Timothy Geithner as Secretary of the Treasury.